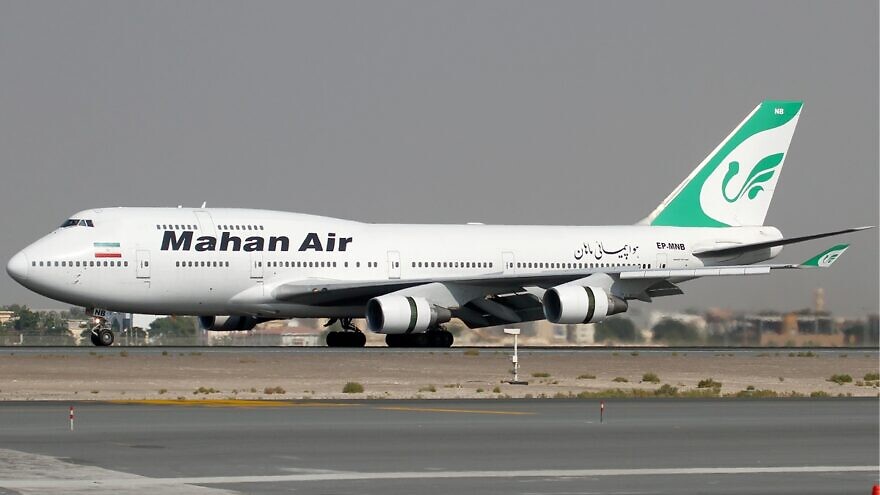 UAE-based Parthia Cargo and Delta Parts Supply FZC are accused of providing material support to the Iranian airline, according to the U.S. Treasury Department.

The airline has also been accused of providing support to Venezuela in defiance of U.S. sanctions.

Amin Mahdavi was also sanctioned on Wednesday for owning or controlling Parthia Cargo, according to the Treasury Department.

“The Iranian regime uses Mahan Air as a tool to spread its destabilizing agenda around the world, including to the corrupt regimes in Syria and Venezuela, as well as terrorist groups throughout the Middle East,” said U.S. Treasury Secretary Steven Mnuchin. “The United States will continue to take action against those supporting this airline.”

The development exemplified the Trump administration’s “maximum pressure” campaign since the United States withdrew from the 2015 Iran nuclear deal, reimposing sanctions under it and enacting new penalties against the regime.

The sanctions come despite the historic U.S.-brokered agreement last week to normalize relations between Israel and the UAE.

“Israel has diplomatic relations with many countries involved in Iran sanctions-busting,” Foundation for Defense of Democracies CEO Mark Dubowitz told JNS. “But Abu Dhabi needs to crack down on Dubai’s continued contravention of U.S. sanctions law.”