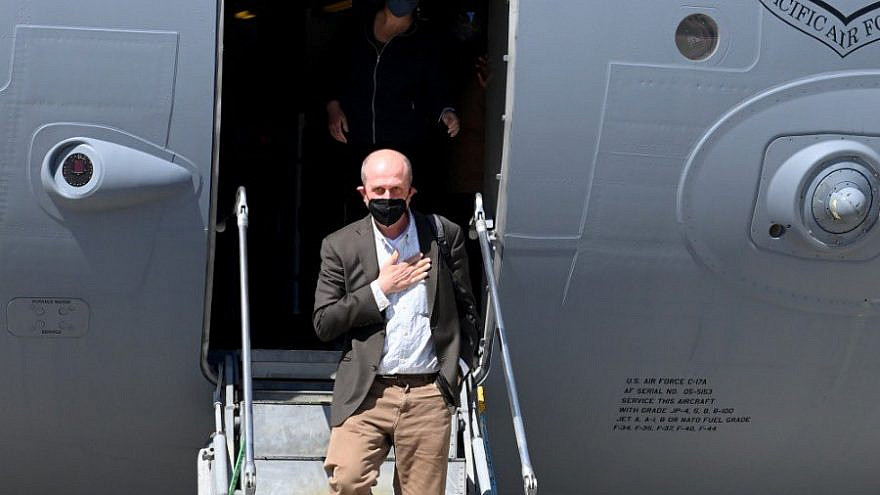 (May 14, 2021 / JNS) U.S. Deputy Assistant Secretary for Israel and Palestinian Affairs Hady Amr arrived in Israel on Friday as part of efforts by the Biden administration to de-escalate the conflict in the region.

The U.S. embassy in Jerusalem, which tweeted a photo of Amr arriving, said the envoy aims to “reinforce the need to work toward a sustainable calm, recognizing Israel’s right to self-defense. Israelis and Palestinians deserve equal measures of freedom, security, dignity and prosperity.”

Amr was dispatched by U.S. Secretary of State Antony Blinken.

Amr, who served as U.S. Deputy Special Envoy for Israeli-Palestinian Negotiations from 2014 to 2017 during the Obama administration, has been accused of working with anti-Israel groups in the past. Earlier this year, he led the first contacts between the Biden administration and the Palestinian Authority, and also played a role in helping the administration restore funding to the Palestinians.

Also on Friday, P.A. leader Mahmoud Abbas called on the United States to intervene to stop the escalation in the Gaza Strip, and of late, the West Bank as well.

“The president calls on the U.S. administration to immediately and swiftly intervene to stop this Israeli aggression so that things will not get out of control,” Abbas’s office said in a statement.

Palestinian rioters clashed with Israeli soldiers across Judea and Samaria on Friday with at least nine Palestinians killed and hundreds more wounded. The rioters were throwing stones, Molotov cocktails and launching fireworks at troops.