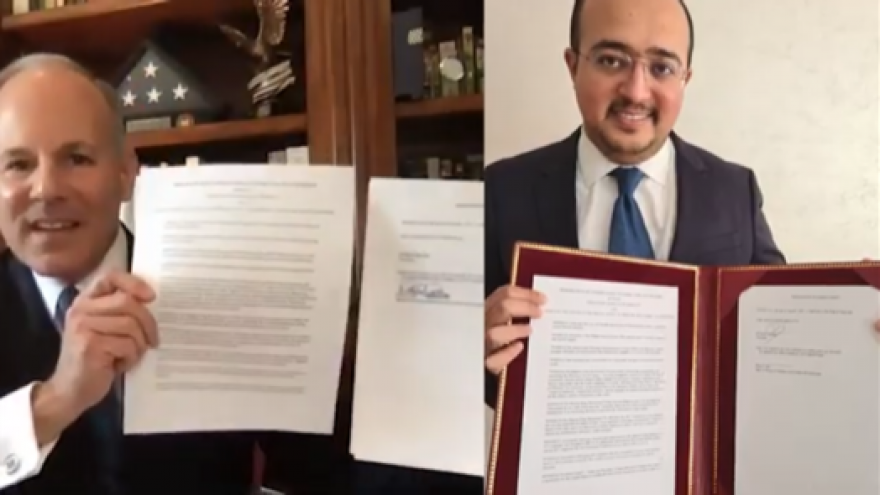 (January 18, 2021 / JNS) The United States and a Moroccan NGO signed a memorandum of understanding (MOU) on Friday to combat all forms of anti-Semitism.

The MOU was signed by Elan Carr, who leads the U.S. State Department’s Office of the Special Envoy to Monitor and Combat Anti-Semitism, and El Mehdi Boudra, president of the Morocco-based Association Mimouna, which has never received financial assistance from the Moroccan government.

The Memorandum of Understanding states the United States and Mimouna “intend to work together to share and promote best practices for combating all forms of anti-Semitism, including anti-Zionism and the delegitimization of the State of Israel” and “for combating other kinds of intolerance and hatred, including Islamophobia.”

The agreement came a month after Morocco agreed to normalize ties with Israel, joining the U.S.-brokered Abraham Accords that currently includes the United Arab Emirates, Bahrain and Sudan.

The agreement “reinforces the deep and longstanding partnership between our two countries in the fight against all forms of intolerance and the promotion of peace and mutual coexistence,” said Morocco’s ambassador to the United States, Princess Lalla Joumala, in a statement. “It is an unwavering engagement spearheaded by His Majesty King Mohammed VI who leads by example and upholds the proud heritage of tolerance perpetuated by His Forefathers.”

The Jan. 15 MOU was similar to the one signed in October by the United States and Bahrain—one month after Israel, Bahrain and the UAE signed the Abraham Accords at the White House.