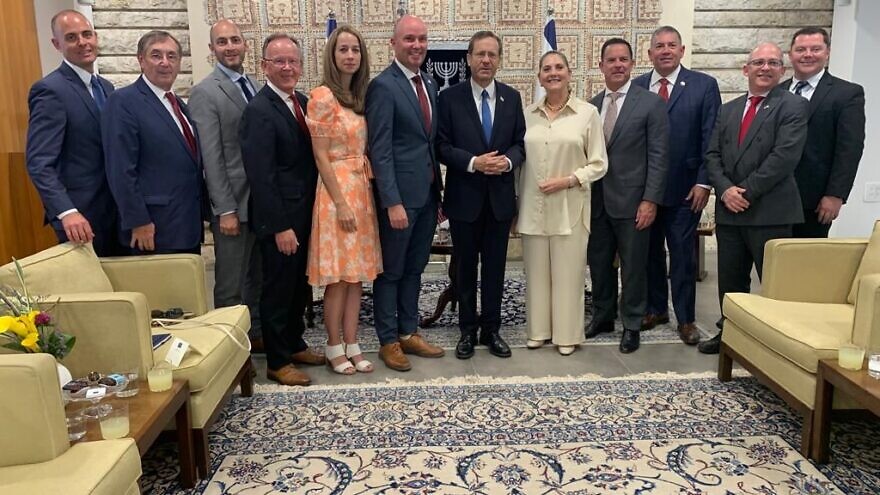 (September 12, 2022 / JNS) One of the primary goals of U.S foreign policy should be ensuring the security of the State of Israel, Utah Gov. Spencer Cox told JNS in an interview during his first-ever visit to the Jewish state.

Cox, who won his state’s 2020 gubernatorial vote and was inaugurated on Jan. 4, 2021, becoming the 18th person to hold the position, was unable to visit Israel until now due to the coronavirus pandemic.

He told JNS that he had taken a hard look at those parts of the world that could “be most important for us to improve economic relations and other issues, and Israel became a very clear and natural choice … because we share so much in common and I just felt that this is where we needed to be.” 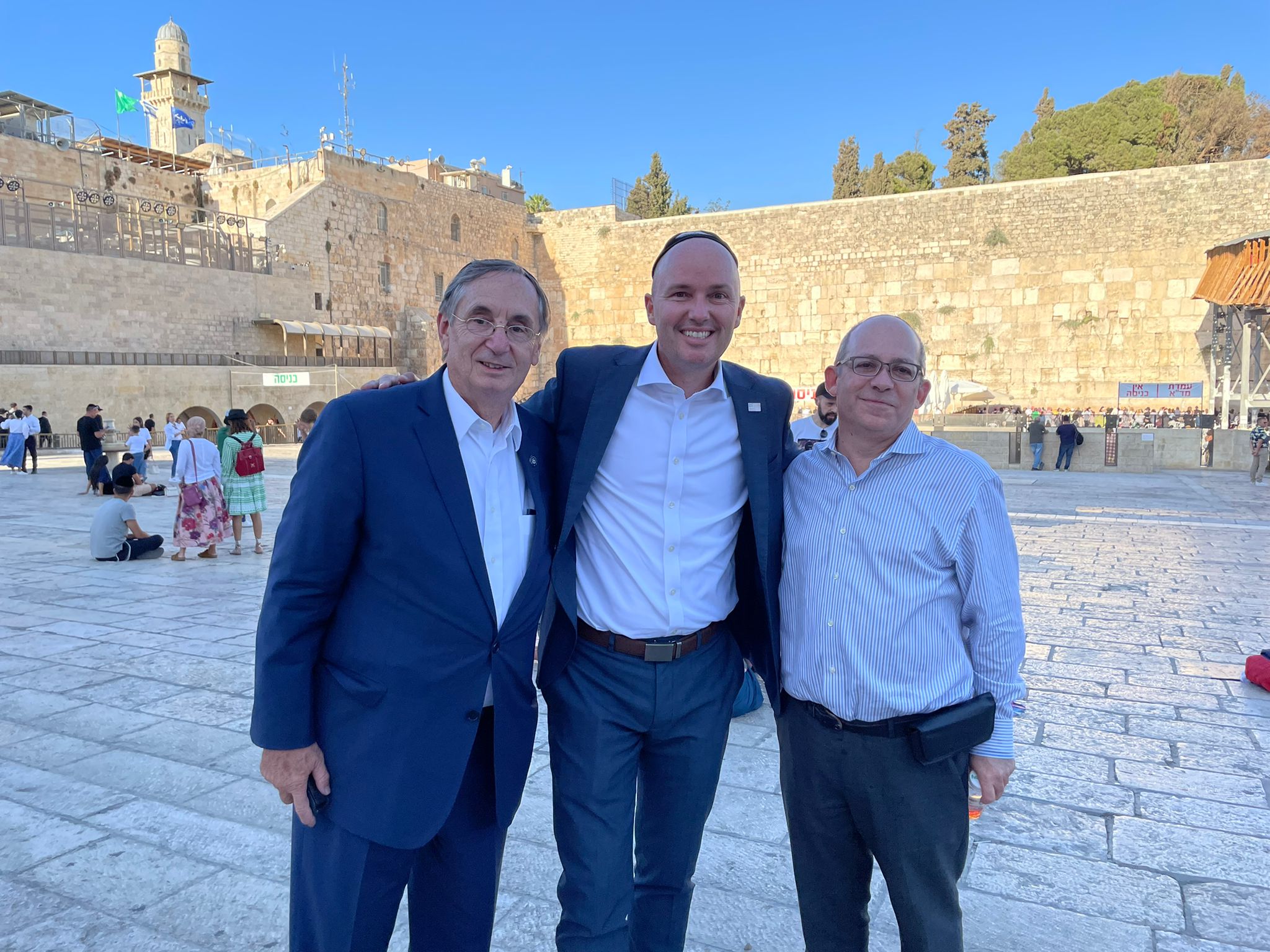 Cox began his political career in 2004 when he was elected as a city councilor of Fairview, Utah. He was voted in as the city’s mayor the following year and in 2008 was chosen to become Sanpete County commissioner.

He was elected to the Utah House of Representatives in 2012, before becoming the state’s lieutenant governor some 12 months later.

Hillel Newman, Israeli Consul General to the Pacific Southwest, who was instrumental in arranging Cox’s visit, told JNS that the governor was leading a 66-strong delegation focused on enhancing bilateral trade, humanitarian cooperation, advances in the life sciences and communication with American governors.

During his four-day trip, Cox met with Israeli President Isaac Herzog, visited the Yad Vashem Holocaust memorial museum, and held talks with other high-ranking officials, including from the Foreign Ministry.

With respect to the ongoing nuclear negotiations with Iran, Cox emphasized that he spoke with Herzog about the issue and alluded to conversations the Israeli president had with his U.S. counterpart Joe Biden.

“I know he [Herzog] has met personally with Biden … and so it is very important that those talks are happening, and obviously we want to do everything we can to ensure that Iran does not obtain a nuclear device and we are certainly committed that this does not happen,” Cox said.

“I hope that whatever occurs with the [nuclear] negotiations [in Vienna] that Israel is deeply involved and is comfortable with the way that any potential deal turns out,” he added. 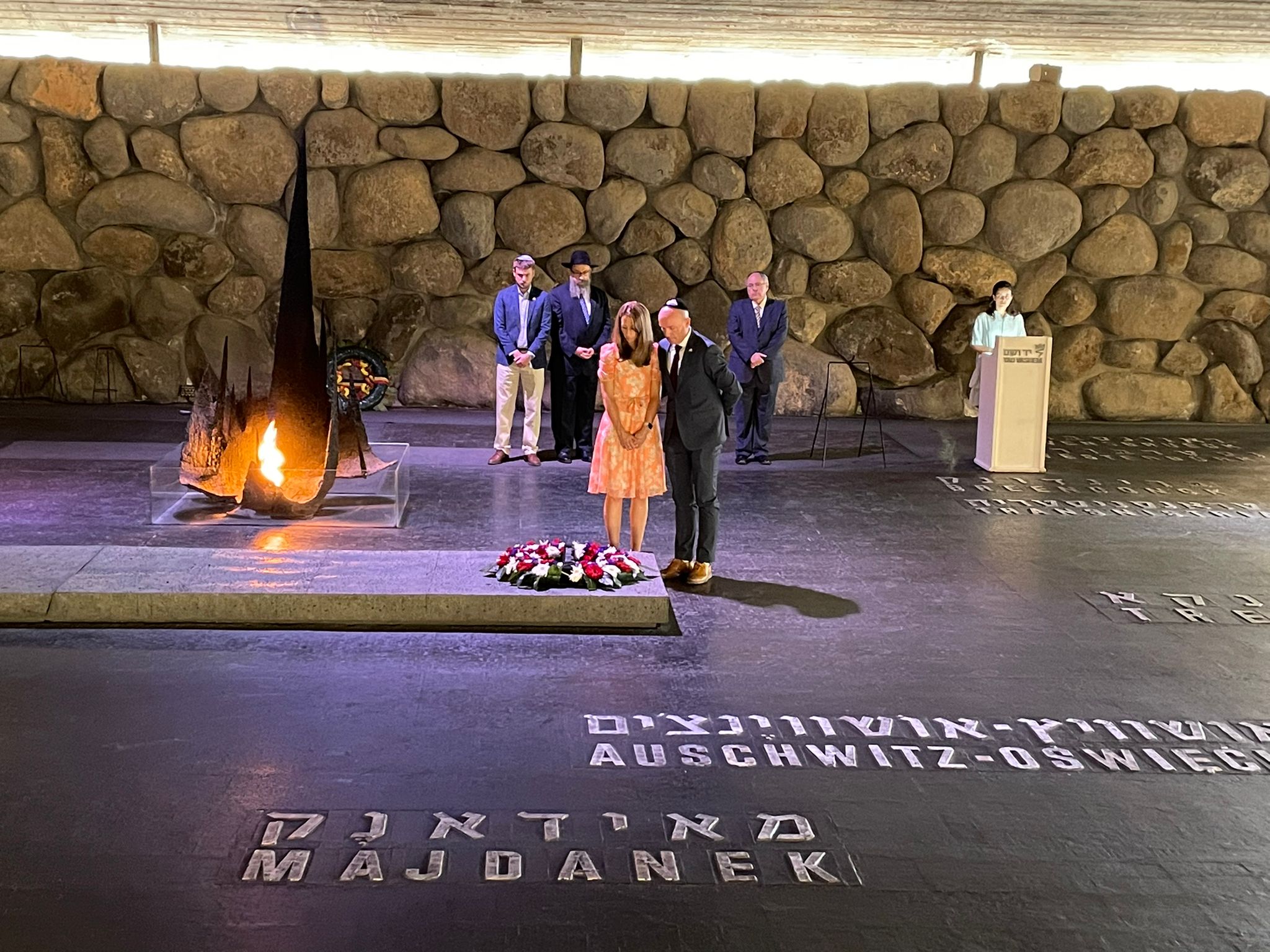 Cox’s statements come amid reports that Israel does not envision a new nuclear deal between Iran and world powers being signed before the November midterm elections in the United States.

According to Reuters, Jerusalem reached this conclusion partially due to the statement released on Saturday by Britain, France and Germany. In that statement, the so-called E3 nations denounced Iran for failing to negotiate in good faith a revised agreement to curb its nuclear program, which Tehran had continued to expand “far beyond any plausible civilian justification.”

Israel reportedly viewed the missive as evidence that Biden was hesitant to enter into a new accord with Tehran prior to the November vote, with some analysts claiming that formalizing an accord with the mullahs could hurt the prospects of the Democrats at the ballot box.

When asked whether he believes that bipartisan support for Israel in the United States remains strong, Cox, who is a member of the Republican Party, emphasized that the Jewish state’s well-being remains a critical issue in Washington.

“I don’t know that bipartisan support for Israel is as strong as ever … but I do believe that it is more important than ever, and certainly something that I am committed to,” Cox said, adding: “I currently serve as vice chair of the National Governors Association, a bipartisan group, and at every opportunity, I try to strengthen the bilateral relationship irrespective of party [affiliation].

“Support for Israel remains very strong in the United States,” he continued, “and certainly while there may be extremes in both parties for which this is not true, I believe that among the vast majority of Americans and elected officials in the country there is tremendous support for Israel.”