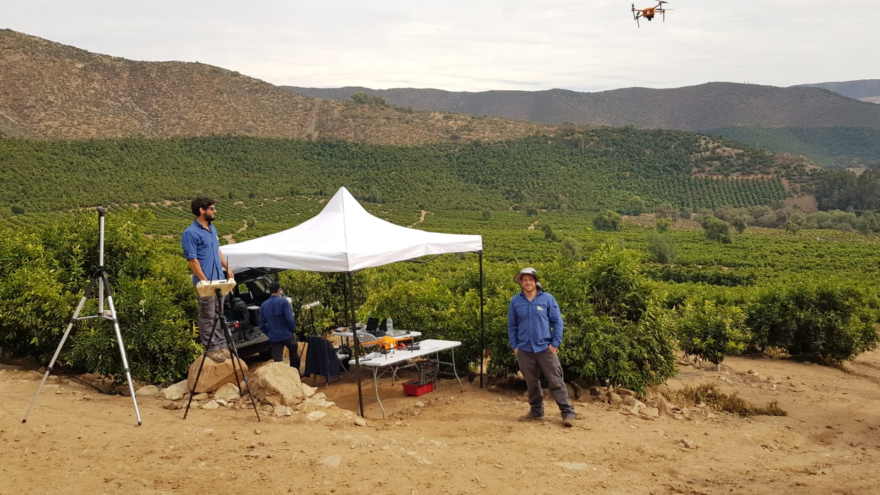 With teams on the ground, SeeTree starts by sending in an agronomist to create an initial assessment and establish a protocol for a farmer’s trees. The trees are then tagged and monitored utilizing military-grade drones, satellite imagery and team members in jeeps with mounted cameras. Credit: SeeTree.
Republish this article
1394 WORDS
Spread the word.
Help JNS grow!
Share now:

(July 27, 2021 / JNS) A group of former Israeli intelligence experts are in the midst of revolutionizing the fruit-tree farming industry around the world, utilizing their know-how, along with some of the most advanced agriculture technology (“agtech”) on the planet.

With the use of drones, satellite imagery, artificial intelligence and plain-old boots on the ground in countries such as the United States, Brazil, South Africa, Mexico and Greece, the Tel Aviv-based SeeTree company has been retained by some of the world’s biggest fruit-tree farmers in order to analyze and provide important in-depth information on each individual tree’s health and productivity.

SeeTree is getting set to celebrate its fourth year in business, collecting data and monitoring some 50 million trees for more than 30 farming customers … and counting.

Co-founder and CEO Israel Talpaz told JNS “when I retired from Israel’s intelligence community, I hooked up to agriculture with the goal of bringing the expertise, technologies and capabilities that I learned in the defense world to the world of agriculture.”

He added, “surprisingly, I saw similarities in the challenges agriculture has today with what happened in the defense community about 20 years ago. Both were analog, not digital, especially in the world of trees and permanent crops—crops that live for many years.”

Talpaz explained that “most technologies went to row crops—those that you replant every year—livestock and other areas, and I asked experts why that is. I was told that trees are very complicated; they are like people. Every tree varies from one another. Farming trees is complex because of the high level of variability.” 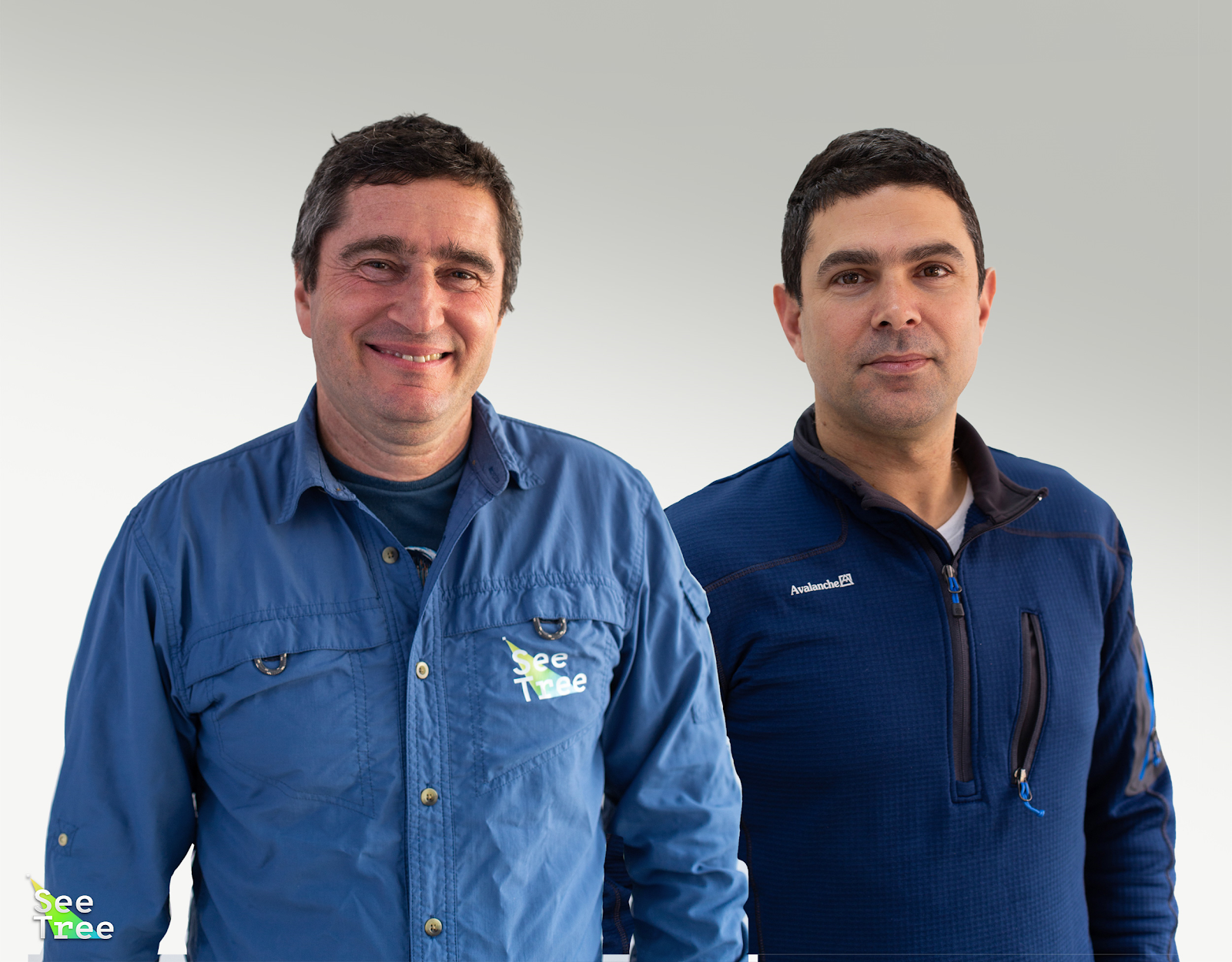 On the other hand, he said, “the value of a tree is very high because it lives for decades and produces fruit every year. A farm of trees is like a factory that has production units. Every tree is a production unit. It has [annual] inputs and outputs. And you would not imagine a factory today that is not digitized. What would you do with a million trees or 25 million trees, and the farmers don’t have the tools to manage these trees at all?”

‘We bring in data and teach machines how to analyze it’

Until now, farmers—some with 100,000-plus trees on their property—would physically be unable to obtain accurate information in terms of their trees’ health, how its crops were doing, whether or not the tree was receiving enough water and sunlight, the amount of crop-protection pesticides that are needed and other important data. Talpaz explained that without that information, farmers essentially estimate those figures by examining several trees and calculating averages in all categories.

So in comes SeeTree, he said, to “create a digital entity for every single tree. Each one is separated and mapped, and monitored and has a name. And all of the data is connected to that file of that tree like a health file, and that’s what enables us to optimize for the farmers.”

With teams on the ground in the above-mentioned countries, the company starts by sending in an agronomist to create an initial assessment and establish a protocol for a farmer’s trees. The trees are then tagged and monitored utilizing military-grade drones, satellite imagery and team members in jeeps with mounted cameras.

Each tree receives a score using a 0-to-5 scale based on the tree’s health and productivity. A score of “5” means the tree is doing very well, while a “0” indicates to the farmer that for one reason or another, the tree is no longer even standing in the orchard.

Once the teams collect the data, it is uploaded to the cloud daily, and the analysis is done in Israel with AI technology coming into play.

“We bring in the data and then we teach the machines how to analyze it; it’s like we copy the farmers, training the machine with thousands of examples, and the machines know how to detect the different symptoms. It’s a learning process, and it works fantastic,” said Talpaz.

The analysis team in Israel utilizes algorithms that take the examples found in the data and teaches the machines that certain symptoms show that a tree might be suffering from water stress, a certain type of disease or any other ailment that could harm food production, thus negatively affect the farmer’s crop output.

The farmers are then able to see how their trees are doing using a web-based or mobile platform in order to monitor each and every tree.

In terms of the fruit itself, the SeeTree technology allows a farmer to prepare for an upcoming harvest. Using oranges as an example, “we know how many oranges will be on the trees five months before harvest time. We give the farmer a prediction—an assessment on the yield he is going to have,” explained Talpaz. 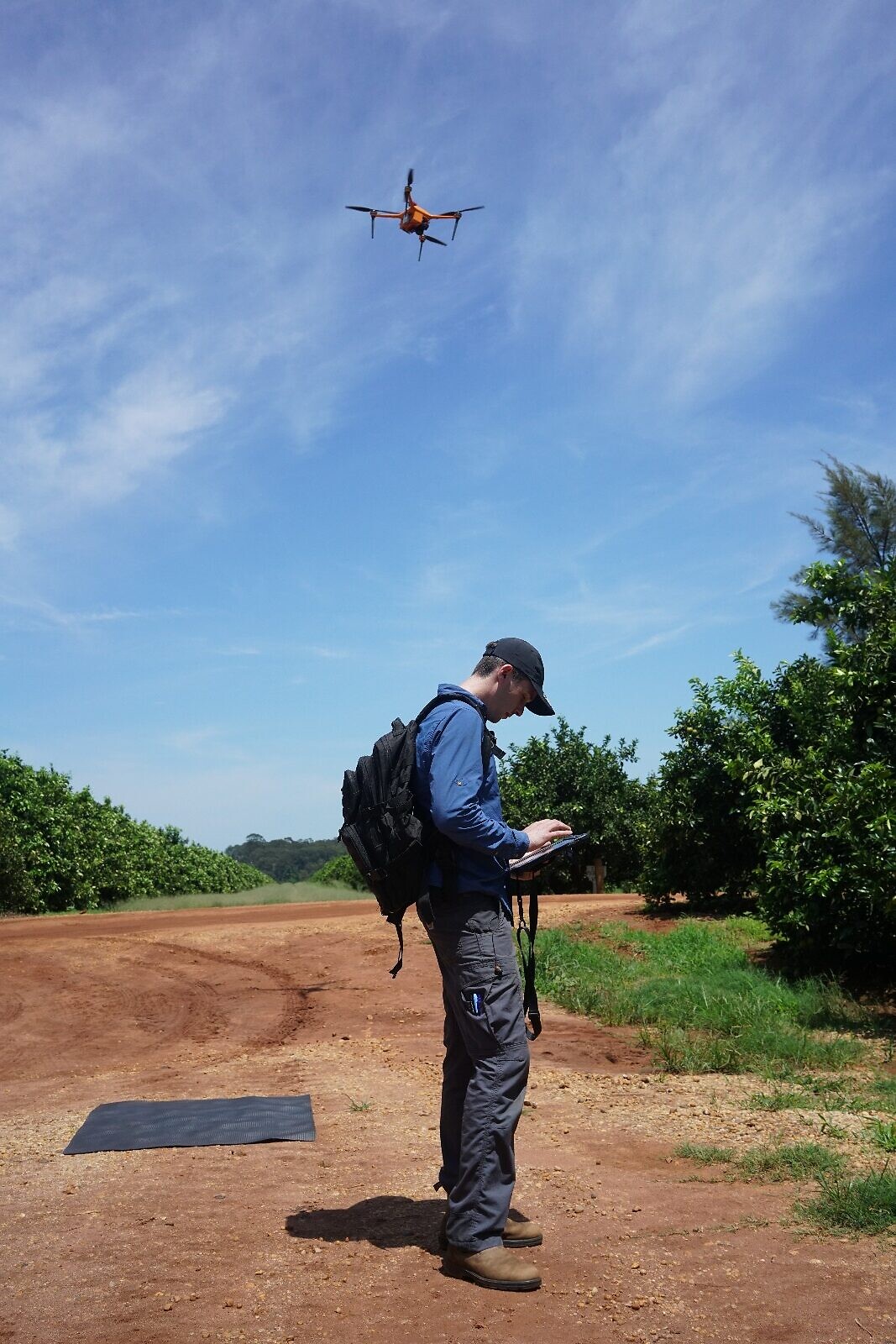 The analysis team in Israel utilizes algorithms that take the examples found in the data and teaches the machines that certain symptoms show that a tree might be suffering from water stress, a certain type of disease or any other ailment that could harm food production, thus negatively affect the farmer’s crop output. Credit: SeeTree.

“Therefore, the farmer can start negotiating the prices and selling before harvest time,” he continued. “This is crucial. Without the technology, they can’t. They have to harvest, count how much they have and start selling. That is a problem because they don’t have any leverage. The retailers know they have already picked the fruit, and if the fruit is not sold fast, it’s going to spoil, so we’re empowering the farmers with that insight early.”

Uri Rosenzweig, the company’s vice president of product management, who made aliyah from Chicago in 2005, started his professional career in Israel as a farmer himself growing sugar snap peas, mushrooms and ginger. He told JNS that he joined the company with the ability to empathize with the struggles of farmers.

“I was growing produce in Israel and then went from farming to serving farmers,” he said. “So I come from a background of understanding the pains of farmers and challenges and struggles they have.”

He said that his role in product management is to help those in the agriculture industry meet those challenges.

‘A game-changer for foresters’

Gary Schiff, who made aliyah from Maryland three years ago, was a forester in the United States for more than three decades. He started “Natural Resource Solutions and Guiding Israel-U.S.” and serves as a consultant for SeeTree.

He told JNS that the company has revolutionized the business for orchard growers across the globe.

“For 100 years, foresters have been walking through the trees and stopping to sample a very small part of a forest and making assumptions from those small samples about the forest,” he said.

Talpaz said that in addition to benefiting the farmers themselves, the company has found itself on the radar of organizations and other bodies from around the world interested in improving food production in Third World countries, along with those who understand the importance trees play in benefiting the environment.

He shared that the company’s lead investor from the last round of raising seed capital was the International Finance Cooperation (IFC), the investment arm of the World Bank in Washington, D.C.

He added that the IFC not only invested for financial reasons but saw the company as a world leader in technological strides towards improving food production and farming that could greatly benefit those in poorer countries.

Other groups interested in the environment, as well as urban planners, recently approached SeeTree to measure the carbon sequestration in trees. This refers to how a tree captures carbon emissions.

Talpaz said that trees have a positive effect on carbon emissions because they capture and store the carbon for photosynthesis, which prevents it from reaching the atmosphere, thus slowing CO2 pollution and helping to mitigate climate change—just one of many other examples of how monitoring trees benefits the earth.