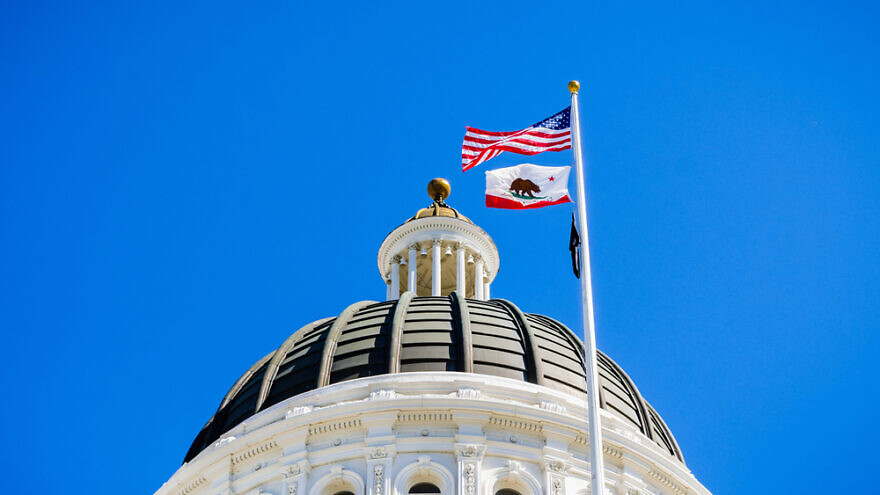 (September 10, 2021 / JNS) The nonprofit AMCHA Initiative said California Gov. Gavin Newsom should veto a bill that makes ethnic studies a high school graduation requirement in the state after it cleared both houses of the California State Legislature.

The legislature voted on Wednesday to advance AB 101. The bill now heads to Newsom, who has until Oct. 10 to act.

A first draft of the state-approved Ethnic Studies Model Curriculum (ESMC) was criticized by AMCHA Initiative and other organizations for promoting the BDS movement against Israel and not including lessons about anti-Semitism.

AMCHA Initiative revealed how a curriculum based on critical ethnic studies is anti-Semitic and anti-Zionist. In July, its director, Tammi Rossman-Benjamin, testified before the California Senate Education Committee and the Assembly Education Committee and showed evidence that if AB 101 becomes law, most school districts—for reasons such as time limitations, necessity or availability—will adopt some variation of the problematic first draft.

The approved legislation includes amendments that prevent the teaching of the original draft and states that the curriculum must be “appropriate for use with pupils of all races, religions, nationalities, genders, sexual orientation, diverse ethnic and cultural backgrounds, pupils with disabilities and English learners.”

Californian Assemblymember Jesse Gabriel and State Sen. Scott Wiener (D-11th District) said in a joint statement that these amendments “expressly prohibit the use of curriculum that was rejected because of concerns about anti-Jewish and anti-Israel bias … and leave no doubt that hate and bigotry against Jews, Israelis or any other community is prohibited by law and cannot be taught in our classrooms.”

Rossman-Benjamin, however, insists that “every member of the Jewish community in California and across the country should be deeply concerned about the passage of AB 101.”

She argued that the approved bill does not, and by law cannot, forbid schools from teaching the “overtly anti-Semitic and roundly rejected” first draft of the ESMC or even the “more extreme and anti-Semitic” Liberated Ethnic Studies Model Curriculum.

“The reality is that there is no way these amendments can prevent anti-Semitic curricula like the first draft or even the more overtly anti-Semitic Liberated curriculum from finding their way into California classrooms, especially given their support from the state’s major teachers’ unions and the ethnic-studies higher education community,” she said. “The only way to ensure these anti-Semitic curricula will not make their way into classrooms on a wide scale is if the governor vetoes this bill, which we urge him to do.”