(December 8, 2021, United States, JNS Wire) Today, the Jewish Future Pledge recorded its 3000th Pledge and 3750th Youth Pledge. Launched in 2020, the Jewish Future Pledge can be signed by anyone who wants to help ensure the Jewish future, regardless of their age, background, net worth, or how much they plan to leave to charity. Pledgers commit that from the funds they do leave to charity at their passing, at least half will be earmarked to support the Jewish people and/or the State of Israel.

The movement recently announced its 2000th pledge, signed by philanthropist Harold Grinspoon. In only a month, 1000 more pledgers have signed, with the honor of being the 3000th belonging to David and Leanne Matlow of Toronto, Canada. More and more people around the world, at an increasingly rapid pace, are uniting around the common goal of securing the Jewish future for generations to come.

“We Jews alive today benefit from the investment, commitment, and sacrifice of those who preceded us. We inherited a Jewish world with a State of Israel (something we take for granted, but which for 40 generations was an impossible dream) and a vast array of Jewish schools, synagogues, camps, and other community organizations. We believe it is our responsibility to return the favour to generations who will follow us, to ensure that Israel and our communities remain strong and continue to thrive,” said David and Leanne Matlow in their pledge.

Reasons for pledging vary but include inspiring insights such as:

Leven also spearheaded the launch of the Jewish Youth Pledge, an initiative that asks Jewish teens to commit their time, talent, and energy over the course of their lifetime to strengthen the Jewish people and the land of Israel. With the assistance of several test organizations, JNF, AEPi, NCSY, and BBYO, the Jewish Youth Pledge is now nearing 4,000 pledges.

“I truly believe the Jewish Future Pledge is succeeding because the Jewish world sees that this movement is about focusing on the good in each other and what we have in common – it is about building bridges,” said Mr. Leven. “And involving the next generation is the most important bridge to build of all.”

Jewish Future Pledge
The Jewish Future Pledge is a worldwide movement inspiring Jews of all backgrounds to commit that from the charity they leave at their passing, no matter how large or small, at least half is earmarked to support the Jewish people and/or the State of Israel. Learn more at https://jewishfuturepledge.org/ 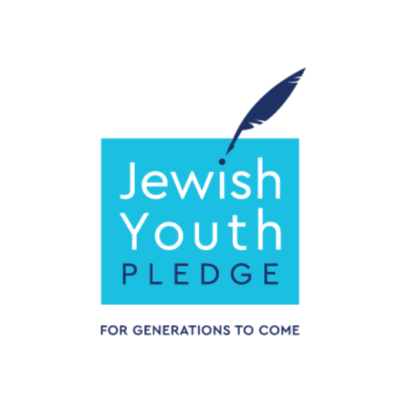 Jewish Youth Pledge
The Jewish Youth Pledge asks Jewish teens and young adults, ages 13-29, to take active roles throughout their lifetimes to strengthen the Jewish people and the land of Israel. It calls on them to actively contribute their unique talents in a range of ways to strengthen the global Jewry, committing to the local Jewish community and the land of Israel.
Publish your organization's press release on JNS Wire
Releases published on the JNS Wire are communicated and paid for by third parties. Jewish News Syndicate, and any of its distribution partners, take zero responsibility for the accuracy of any content published in any press release. All the statements, opinions, figures in text or multimedia including photos or videos included in each release are presented solely by the sponsoring organization, and in no way reflect the views or recommendation of Jewish News Syndicate or any of its partners. If you believe any of the content in a release published on JNS Wire is offensive or abusive, please report a release.