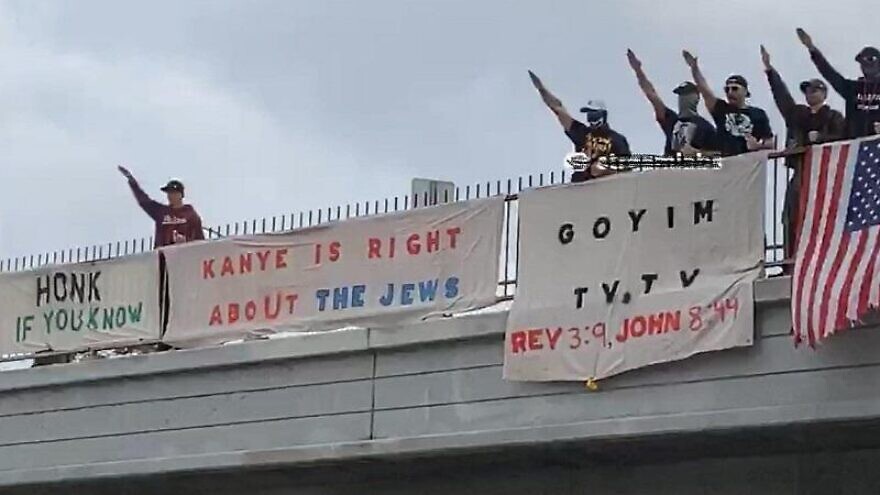 (January 25, 2023 / JNS) The worldwide increase in antisemitic incidents has been curbed for the first time in a decade, a report from the World Zionist Organization shows.

The WZO’s annual report on the state of antisemitism was sourced from local and international studies, research bodies, local police, Jewish communities and other bodies.

Yaakov Hagoel, the chairman of the World Zionist Organization, expanded on the connection between digital antisemitism and physical hate crimes saying, “Antisemitism on social media is increasing at an alarming rate and unfortunately, as history has taught us, it will also lead to physical acts.”

The report also noted that Russia’s invasion of Ukraine has played a significant role in the proliferation of propaganda and conspiracy theories that target Jews. This has led to an increase in the number of antisemitic incidents in countries that have a large Russian-speaking population or have close ties to Russia.

The WZO highlighted a 43% decrease in the number of antisemitic incidents in the U.K. This decrease was attributed to the efforts of the British government and civil society organizations in addressing antisemitism.

Worse in the U.S.

The researchers noted a rise in antisemitism in the United States. This increase was manifested in various trends including the strengthening of white supremacist organizations and the increase of antisemitic statements from the American progressive left. Furthermore, the study suggested that the midterm elections for the US Congress were a major cause for the spread of antisemitism in 2022.

The findings also emphasized the spike in antisemitic incidents in major U.S. urban centers. The data shows a 125% increase in the number of hate crimes against Jews in New York State and a 20% increase in major cities such as Chicago, New York and Los Angeles during the first half of 2022.

The report also shed light on the growing problem of antisemitism on college campuses in the U.S. BDS had massively expanded its presence on American college campuses in recent years. Surveys conducted on the subject revealed that one out of three Jewish students in the U.S. experienced antisemitism during the school year, with a staggering 80% of students not reporting these incidents to the authorities.

The report also provided an overview of antisemitism in other countries.

Europe was singled out as the predominant source of antisemitism. In France, 80% of individuals who experienced an antisemitic incident did not file a complaint with the authorities.

In Germany, the study noted an increase in antisemitic incidents, particularly in the form of verbal abuse and propaganda.

Poland also saw an increase in antisemitic incidents, particularly in the form of vandalism.

The report also highlighted the ongoing problem of antisemitism in Iran, where the government continues to propagate antisemitic rhetoric.

In Latin America, the study noted an increase in the use of social media to spread antisemitic propaganda.

Hagoel summarized the report by expressing his belief that antisemitism remains a very real threat to the Jewish community, saying, “We raise a clear black flag in view of the increase in incitement.” He emphasized the need for governments to prioritize the fight against antisemitism.

Raheli Baratz Rix, the head of the WZO’s Department for Combatting Antisemitism, noted that “Antisemitism is everywhere, at any point in time and space” and called for a joint effort to address this issue.