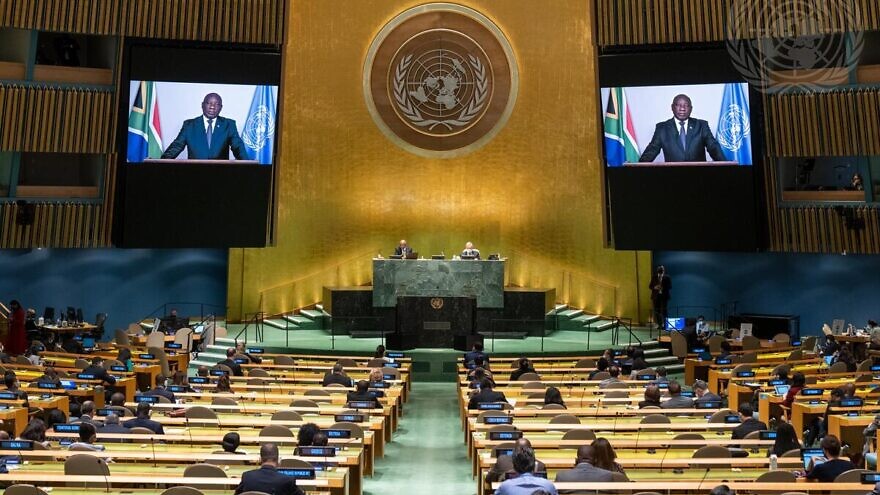 (November 11, 2021 / JNS) The largest rabbinic public-policy organization in the United States called the Biden administration’s decision to abstain from a U.N. General Assembly draft resolution that targeted Israel “quite disappointing.”

Israel would cease being the world’s only Jewish state as a result of the resolution, which is related to the work of the U.N. Relief and Works Agency (UNRWA).

Israel was the sole country that opposed the text, which passed the General Assembly on Tuesday 160-1 with nine abstentions from the United States, Canada, Cameroon, the Marshall Islands, Micronesia, Nauru, Palau, Papa New Guinea and Uruguay.

Rabbi Yaakov Menken, managing director of the Coalition for Jewish Values (CJV), which represents more than 1,500 traditional Jewish leaders, said: “This resolution employed a blatantly anti-Semitic double standard, demanding ‘compensation’ for Arabs who left as advised by the genocidal Arab League, but no similar compensation from Arab states for the endemic ethnic cleansing of Jews and confiscation of their property, much less a ‘right of return’ to countries unsafe for Jews to enter.”

“The [Biden] administration abstained on an issue of hate and bigotry,” he added. “This is not moral leadership. The previous administration took the morally correct approach, and we did not expect its position to be so rapidly abandoned.”

The Trump administration unequivocally voted against similar resolutions aimed at Israel while the Obama administration traditionally abstained from the same resolution, which comes annually before the General Assembly.