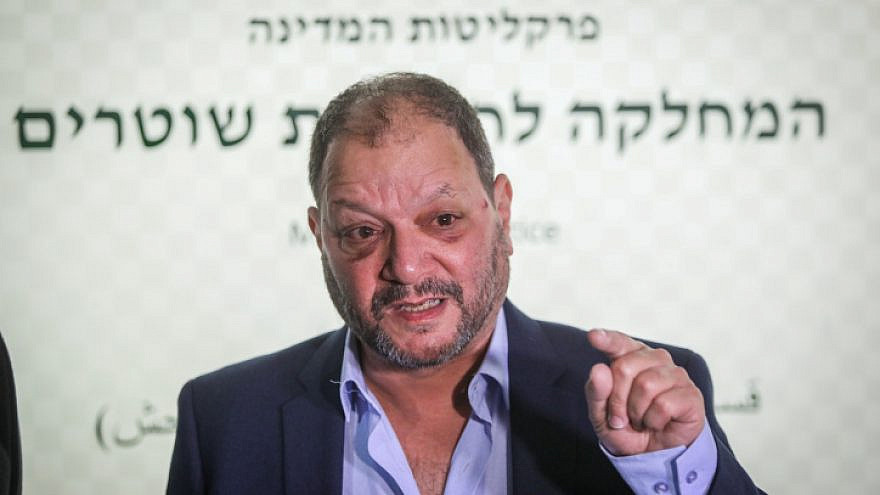 (April 12, 2021 / JNS) Ofer Cassif, the only Jewish Knesset member in Israel’s Joint Arab List Party, has filed an official complaint after allegedly being beaten by police officers during a protest in eastern Jerusalem on Friday.

In the immediate aftermath of the incident, Cassif appeared with a torn shirt and broken glasses in the Channel 12 studio, where he criticized the Israel Police for its “violent” response to all demonstrations, including those held by “haredim, Ethiopians or Palestinians.”

Video footage broadcast on TV and shared widely on social media shows police tackling and kicking Cassif, whom officers later said they hadn’t recognized as an MK. They also allege that Cassif instigated the incident, throwing the first punch, while “daring them to hit him.”

The Israel Police’s Internal Investigations Department, where Cassif filed the complaint, has launched a probe into the incident, which the MK called a “violation of the sovereignty and honor of the Knesset.”

Cassif went on to criticize Israeli Prime Minister Benjamin Netanyahu and Public Security Minister Amir Ohana for their “inaction” in dealing with police brutality, which “puts the next political assassination around the corner.”

“The poisonous mushroom that is Netanyahu grew from the blood of [former prime minister Yitzhak] Rabin [who was assassinated in 1995 by a right-wing extremist], and we will not let more such mushrooms sprout,” he told reporters.

Politicians from across the political spectrum have expressed sympathy for Cassif and condemned police actions during the demonstration in question.