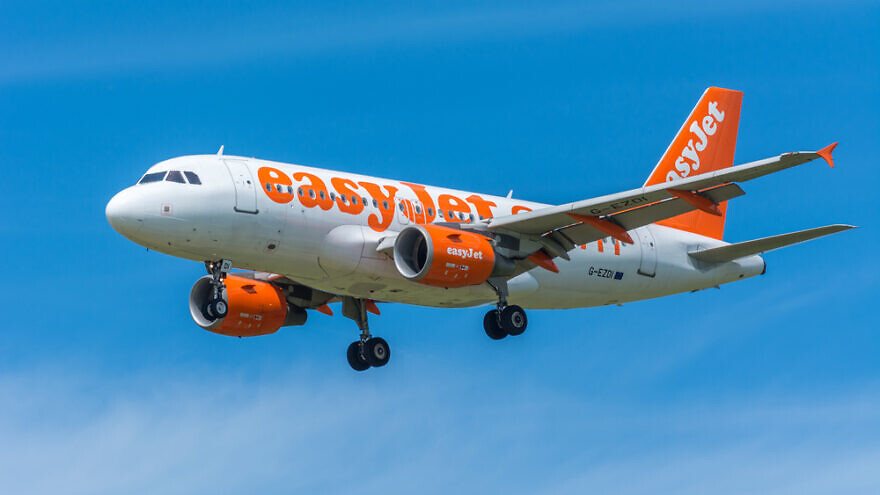 (April 13, 2022 / JNS) The low-cost British airline EasyJet removed from its official social-media account an advertisement that featured a flight number tattooed on a customer’s arm after social-media users criticized the ad’s references to the Holocaust.

“While this is a genuine picture of a customer’s tattoo celebrating their first flight with us, we understand the concerns raised and as a result decided to remove the post,” EasyJet said in a released statement, the New York Post reported on Monday.

EasyJet shared the ad online over the weekend, captioning it: “You never forget your first flight.”

The arm tattoo in the ad was similar in style to those forcibly given to Jews in the Holocaust and “never forget” is a common phrase used to remember the Nazi persecution of Jews during World War II.

One Twitter user shared a screenshot of the ad before EasyJet deleted it, writing wrote, “No, EasyJet. Please, no.” He added that “this is why corporate social-media channels need to vet and authorize content before being distributed.”

A separate Twitter user called the ad “utterly disgusting,” while another commented, “That’s absolutely appalling, how anyone could think that is acceptable is beyond me.”

In 2009, EasyJet apologized and withdraw almost 3,000 copies of an in-flight magazine following complaints about a photo spread that showed fashion models posing at the Jewish Museum in Berlin and leaning against a Holocaust memorial.

The airline also apologized in 2020 for referring to Italy as the “land of mafia and earthquakes,” according to the New York Post.