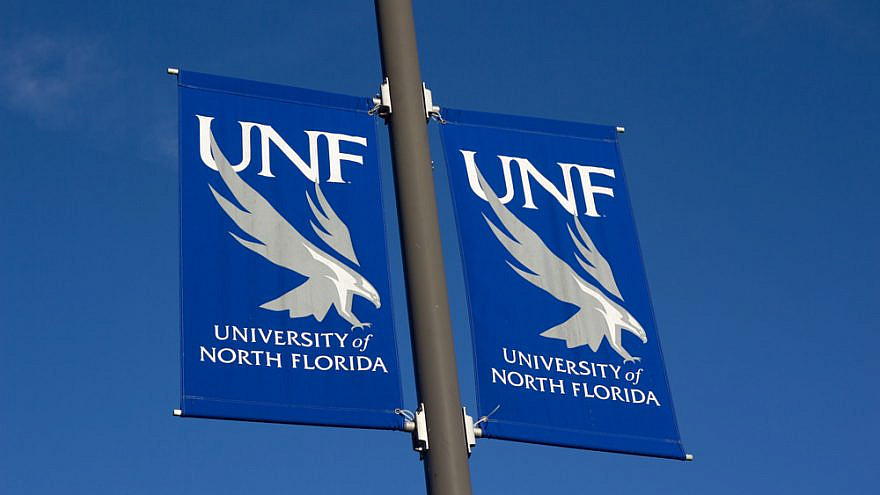 (April 8, 2021 / JNS) Anti-Semitic fliers were posted on the office doors and classrooms of Jewish professors at the University of North Florida in Jacksonville during Passover, reported The Florida Times-Union.

Jules Gerstein, 19, who founded the school’s Jewish Student Union, said fliers with QR codes that led to an anti-Semitic radio station were discovered in the social sciences building on March 29. “Multiple” professors who had the fliers posted on their doors were Jewish, according to the Jewish Student Union.

The campus Chabad center said the codes “led to anti-Semitic and white-supremacy material.” It added that university police have identified the perpetrator, and the student is “actively being investigated by the university and being assessed for disciplinary action.”

Administrative spokeswoman Amanda Ennis said “the university was made aware of the incident and initiated an immediate investigation. The person responsible has been identified, and it was determined that there is no additional threat to the campus community.”

Student-privacy laws prevent the school from releasing any additional information about the perpetrator, she added.

The school sent out an email to students and faculty on Tuesday, saying, in part: “We stand in solidarity with our Jewish community and strongly condemn these actions.”

The Jewish Student Union said in its own statement that it “stands against hostility, prejudice and discrimination against anyone based on their intersectionality.”