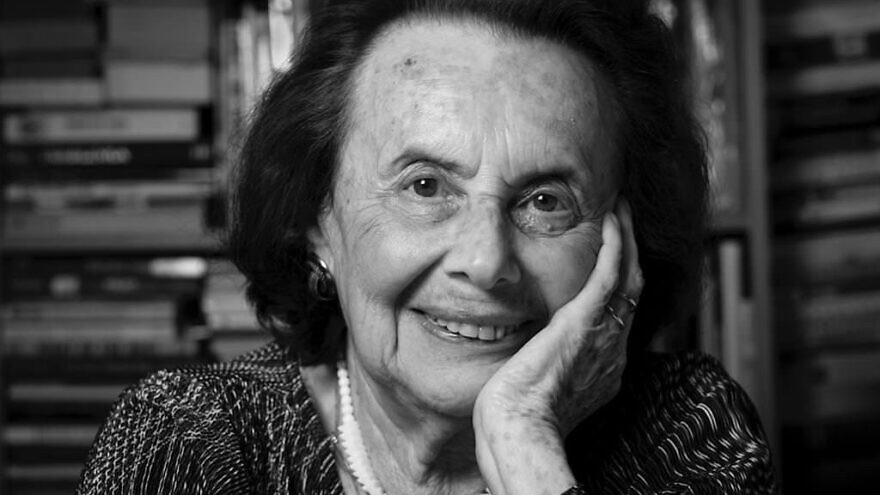 (May 13, 2022 / JNS) A survivor of the Auschwitz concentration camp who became a social-media celebrity thanks to her great-grandson was one of four people to win a Simon Wiesenthal Prize.

Lily Ebert, 98, was born in Hungary in 1923 and deported in 1944 to Auschwitz-Birkenau, where her mother, younger brother and sister were killed. After four months in the camp, Ebert and two of her other sisters were transferred to a labor factory. She was liberated by U.S. troops and eventually moved to the United Kingdom.

Her great-grandson, Dov Forman, created a TikTok account for her several years ago so she could tell young people today about her experiences. Ebert has since garnered more than 1.9 million followers.

Last fall, the British citizen published her memoir Lily’s Promise: How I Survived Auschwitz and Found the Strength to Live, co-written by Forman.

The other winners are Zwi Nigal, who fought in the British army against Nazi Germany; Austrian journalist Karl Pfeifer; and Holocaust survivor Liliana Segre, president of Italy’s special committee against intolerance, racism and anti-Semitism.

All four individuals were shortlisted for the award.

The Simon Wiesenthal Prize jury decided to give the prize money to all the nominees as a way to honor their collective life’s achievements, said Katharina von Schnurbein, the European Commission coordinator on combating anti-Semitism.