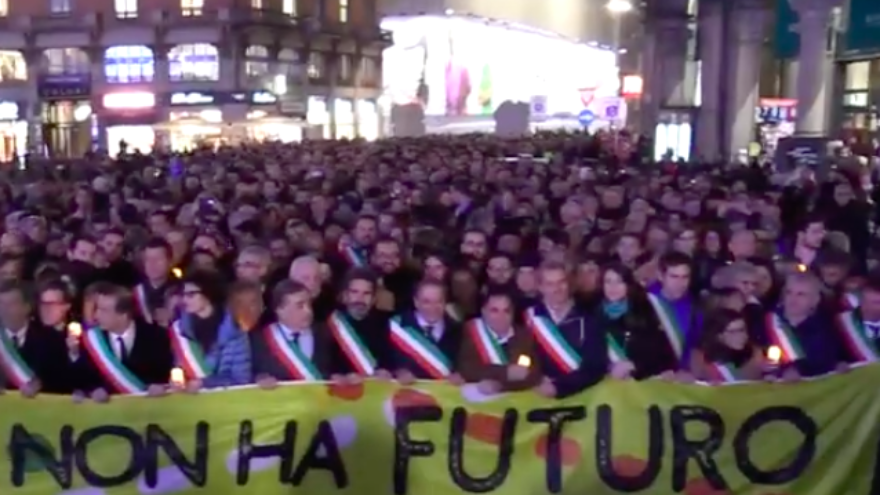 Thousands of people, including hundreds of mayors, escorted Holocaust survivor Liliana Segre, 89, through the center of Milan on Dec. 11, 2019, after she had received hundreds of anti-Semitic threats. Source: Screenshot.
Spread the word.
Help JNS grow!
Share now:

(December 11, 2019 / JNS) Thousands of people, including hundreds of mayors, escorted Holocaust survivor Liliana Segre through Milan on Tuesday evening after she had received hundreds of anti-Semitic threats, singing anti-fascist anthem “Bella Ciao” as they marched to City Hall.

“I have known hatred. I have known what it means to be a reject of the society to which I believed I belonged,” the 89-year-old told the people who rallied around her at an event organized by the Italian mayor’s association. Segre survived Auschwitz as a child.

“I heard the words of hatred, hateful and insulting, and I saw with my eyes the realization of a ferocious program prepared from hatred,” she said.

Segre, a senator for life, was provided a police escort last month after she advocated for a new parliamentary panel targeting hatred, racism and anti-Semitism online.