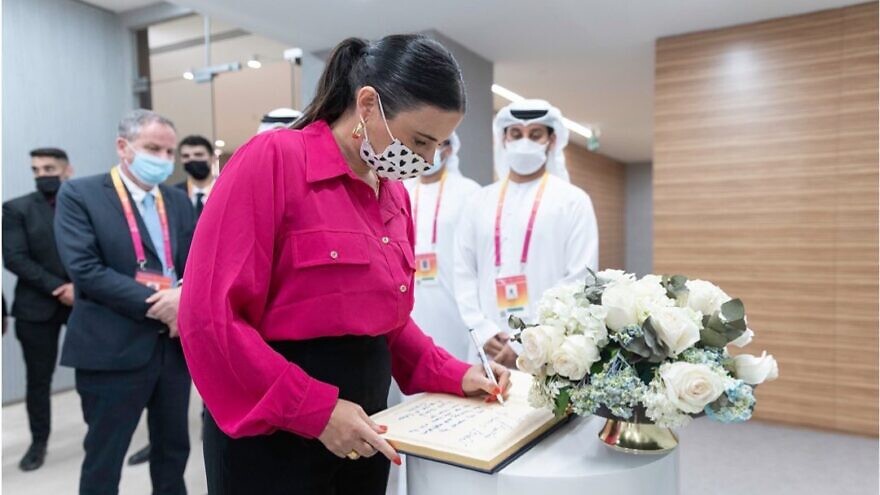 (October 7, 2021 / JNS) Israeli Interior Minister Ayelet Shaked said the government does not plan on discussing the establishment of a Palestinian state during the tenure of Israeli Prime Minister Naftali Bennett or of Yair Lapid if he takes over according to the rotation agreement.

Shaked, who is on a visit to the United Arab Emirates in her first diplomatic visit there, told the local publication The National that agreement exists among various factions in the government not to push issues at present that would cause division.

“We do believe in economic peace to improve Palestinian lives and to do mutual industrial zones,” she said. “But not a state with an army, definitely.”

She also spoke against the BDS movement and in favor of the Abraham Accords, which has fostered normalization with Israel and the UAE, Bahrain, Sudan and Morocco.

“We have known firsthand that from every territory we withdraw, a terror organization will spring up. It happened in South Lebanon where Hezbollah is ruling and funded by Iran, and having thousands of missiles pinpointed at Israel,” she continued.

The Knesset member added that “when we withdrew from Gaza, people were saying it would be another Monaco, but we know what happened there—Hamas took over [and] turned it into a terror state. We will not repeat this experiment again.”