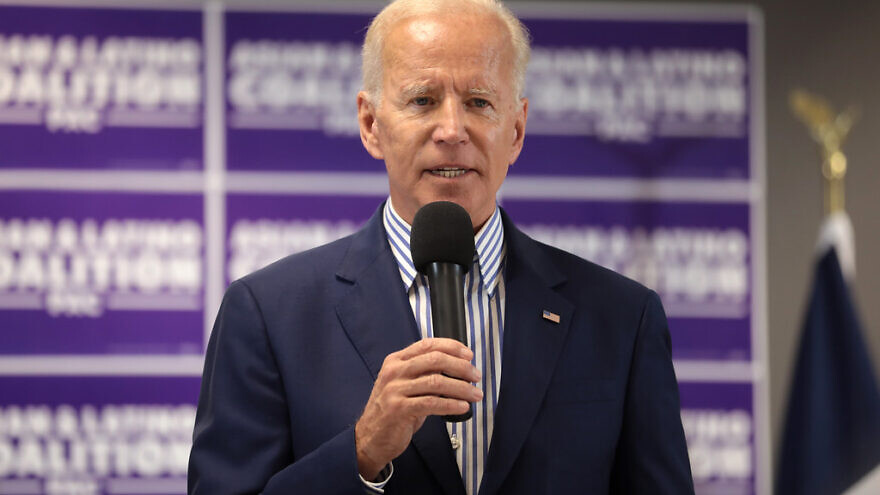 (August 24, 2020 / JNS) The Biden campaign has been sending conflicting messages over whether or not it regrets comments directed at Linda Sarsour, a prominent pro-BDS activist.

On a private call on Sunday with dozens of prominent Arab and Muslim activists, the Biden campaign expressed regret over how it construed a statement condemning former Women’s March leader and Bernie Sanders’s surrogate Linda Sarsour. Sarsour was featured last week at the Democratic National Convention’s Muslim Delegates Assembly, despite her history of anti-Semitism and anti-Zionism, and other bigotry.

In that call, top foreign-policy adviser Tony Blinken expressed “regret” over the matter, according to Middle East Eye, which obtained a recording of the call and first reported on it.

National coalitions director Ashley Allison reportedly said “I am sorry that that happened. And I hope that whatever trust was broken, that this conversation is one small step to help build back the trust, but that is not the last time we have this conversation.”

The call followed the backlash the Biden campaign received from the Arab and Muslim communities after it rebuked Sarsour.

Andrew Bates, director of rapid response for the Biden campaign, told CNN, “Joe Biden has been a strong supporter of Israel and a vehement opponent of anti-Semitism his entire life, and he obviously condemns her views and opposes BDS, as does the Democratic platform. She has no role in the Biden campaign whatsoever.”

On Monday, the Biden campaign disputed that the call was an apology for its reaction to Sarsour.

“We met to affirm [former] Vice President Biden’s unshakeable commitment to working with Arab, Palestinian and Muslim Americans, and to standing up against anti-Muslim prejudice, and to make clear that we regretted any hurt that was caused to these communities,” Biden campaign senior adviser Symone Sanders told JNS. “We continue to reject the views that Linda Sarsour has expressed.”