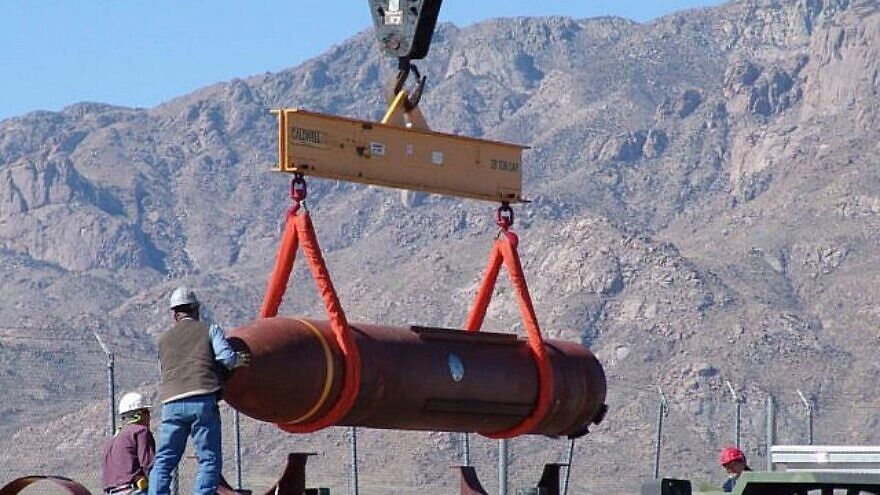 (October 27, 2020 / JNS) A bill that would allow the United States to provide Israel bunker busters is reportedly expected to be introduced this week in the U.S. House of Representatives by Reps. Josh Gottheimer (D-N.J.) and Brian Mast (R-Fla.).

It would include sending Israel the Massive Ordnance Penetrator, the largest non-nuclear bomb in the U.S. arsenal, reported Jewish Insider on Tuesday, citing a source familiar with the bill.

“We must ensure our ally Israel is equipped and prepared to confront a full range of threats, including the threat of a nuclear-armed Iran. That is why I’m proud to introduce this bipartisan bill to defend Israel from Iran and Hezbollah and reinforce our historic ally’s Qualitative Military Edge in the region with ‘bunker buster’ munitions,” Gottheimer told Jewish Insider. “Iran and its terrorist proxies throughout the region must never be able to threaten the U.S. or Israel with a nuclear weapon.”

The bill would require the U.S. Department of Defense to consult with Israeli officials and report to Congress on Israel’s deterrence capabilities, in addition to the strategic advantages of a sale.

U.S. support for Israel’s military edge in the Middle East is already law.