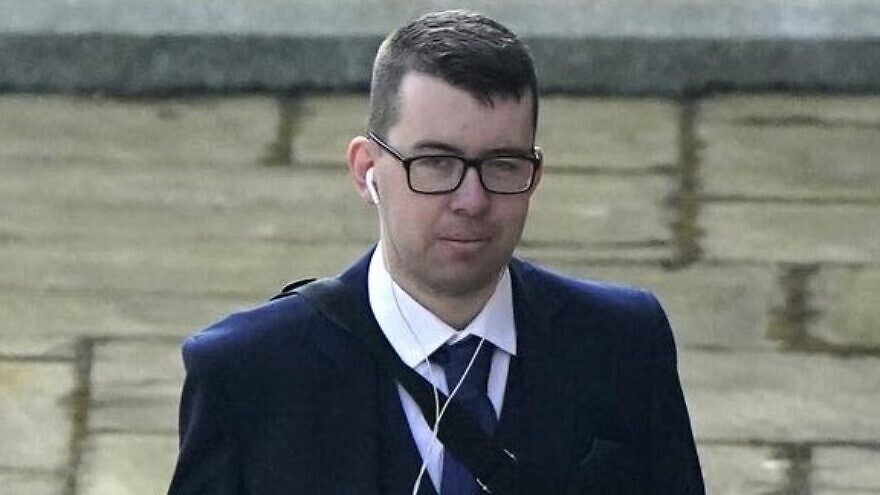 (June 8, 2022 / JNS) A neo-Nazi in the United Kingdom was sentenced to eight-and-a-half years in prison for being a member of a banned right-wing extremist group.

“I’m satisfied the defendant played an active and prominent role in concert with his trusted associates in trying to disguise the continued existence of the organization in defiance of the ban,” said the judge.

Speaking directly to Davies, he added: “You are an intelligent and educated young man, but you have held, over a period of many years, warped and shocking prejudices.”

Davies was convicted in May of being a co-founder and member of National Action, a neo-Nazi group that was outlawed in December 2016.

During the trial, prosecutor Barnaby Jameson said that Davies also organized NS131, the National Socialist Anti-Capitalist Action, calling it a “continuity faction” of National Action, which was “expanding and recruiting.”

“Who was at the center of all this?” posed Jameson. “The founder, the galvanizer, the recruiter—one Alex Davies of Swansea. He was probably the biggest Nazi of the lot.”