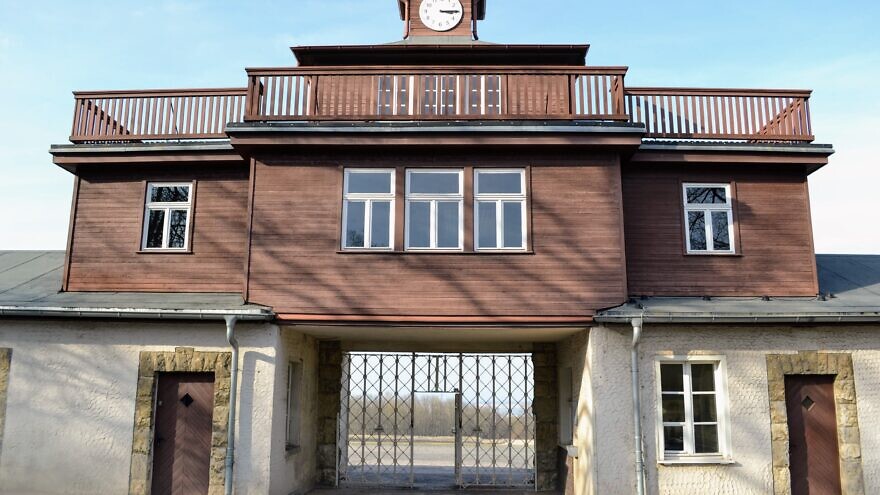 (May 13, 2022 / JNS) A neo-Nazi in the United Kingdom is on trial for allegedly being part of a banned extremist group performed a Hitler salute in the Buchenwald concentration camp, reported The Jewish Chronicle.

Alex Davies, 27, “went on tour to Germany to Buchenwald to give the Nazi salute in the execution chamber that was a flagrant and provocative breach of German law,” prosecutor Barnaby Jameson said in Winchester Crown Court.

He added that Davies told an undercover reporter that he would not say what kind of harm he wanted to do to Jews “because it was so extreme.”

Davies is accused of being a member of National Action (NA), an entity banned by the British government in December 2016 because it “terrorized” towns around the United Kingdom and called for an “all-out race war,” Jameson told the court.

After NA was banned, Davies assembled the group National Socialist Anti-Capitalist Action (NS131), which was also later banned by the government. However, it never really disbanded, argued Jameson.

“To a terrorist hiding in plain sight, which is what Mr. Davies is, bans mean nothing,” noted the prosecutor, as reported by The Jewish Chronicle. “The group was expanding and recruiting [and] what became NS131 was one of the skins worn by continuity factions of National Action. Who was at the center of all this? The founder, the galvanizer, the recruiter—one Alex Davies of Swansea.”

Davies denies being a member of a proscribed organization and claimed in court that he was “exercising his democratic rights” by forming NS131 after the NA was banned, according to the Chronicle. He said he was involved in “advancing the cause of national socialism” and that NS131 was not a continuation of NA, but had different goals and processes.

According to The National, the jury has retired to deliberate its verdict in the trial.