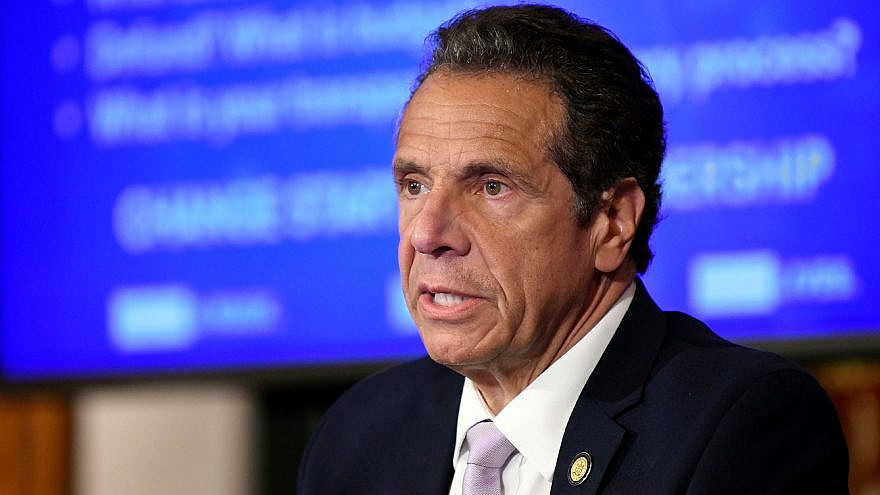 “I am disgusted by the swastika and other anti-Semitic graffiti that were found outside of the Rego Park Jewish Center in Queens—a place where many members of the Jewish community come to feel safe and at home,” Cuomo said in a statement on Thursday. “This hateful act is the work of a coward who only seeks to instill fear in our communities, and it will not be tolerated.”

He said he was “directing the State Police Hate Crimes Task Force to assist with the investigation of this incident to ensure the person responsible is held accountable to the fullest extent of the law. There is no place for hate in New York State—not now, not ever—and we will continue to condemn these hateful acts whenever and wherever we see them.”

Surveillance footage being reviewed by investigators from the NYPD’s 112th Precinct and the NYPD’s Hate Crimes Unit shows a suspect on Wednesday afternoon drawing a swastika on a “private property” sign affixed to the steps of the Rego Park Jewish Center.

Rego Park and the neighboring areas of Forest Hills and Kew Gardens have a considerable Orthodox Jewish population, including many descendants of Holocaust survivors and a large number of Russian Jewish residents.