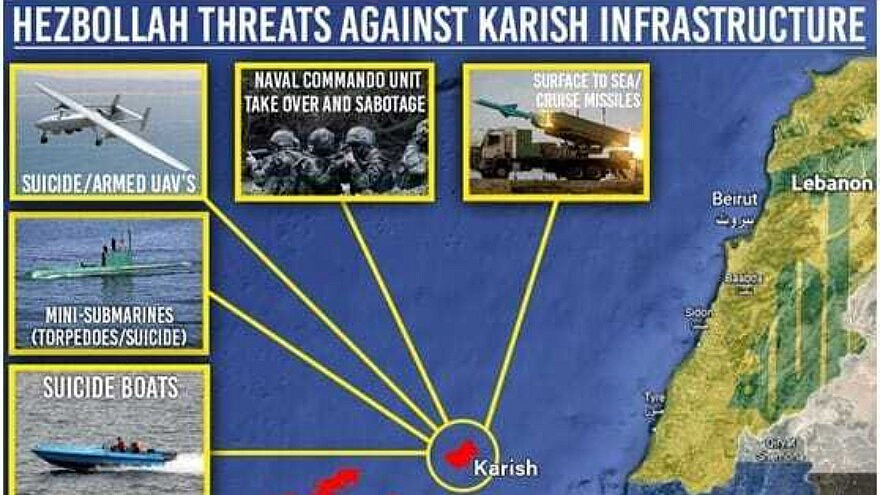 The experiment entails the movement of gas from the Israeli coast to the floating rig (the opposite direction from when the field will be operational) and is designed to examine the performance of several systems.

The rig, connected to the Israeli shore by a 90-kilometer pipeline, is expected to soon enter gas extraction mode, with the testing phase set to end in a matter of weeks.

The development comes as Israel and Lebanon hit an obstacle in United States-mediated negotiations on a maritime border and gas distribution agreement when Beirut demanded amendments to a draft deal whose conditions it had already accepted.

The deal, if agreed upon, would enable Lebanon to move forward on building a rig at its Qana natural gas field in the coming years and address the country’s severe energy and economic crises.

Hezbollah has threatened to attack the Karish rig if it begins operating before an agreement is reached.

Israel Defense Forces Chief of Staff Lt. Gen. Aviv Kochavi shared aerial photos of Hezbollah targets with his French counterpart Gen. Thierry Burkhard during a visit to France on September 22, in what is being interpreted as a warning to the Iranian-backed terror organization not to attack Israel.

Two days after that meeting, Burkhard flew to Lebanon and met with the Armed Forces Chief of Staff Gen. Joseph Aoun. Burkhard is believed to have passed on the Israeli warning.

On the same day, a senior Israeli political source said Prime Minister Yair Lapid “was updated on the details of the substantial changes Lebanon is seeking to make and instructed the negotiating team to reject them.”