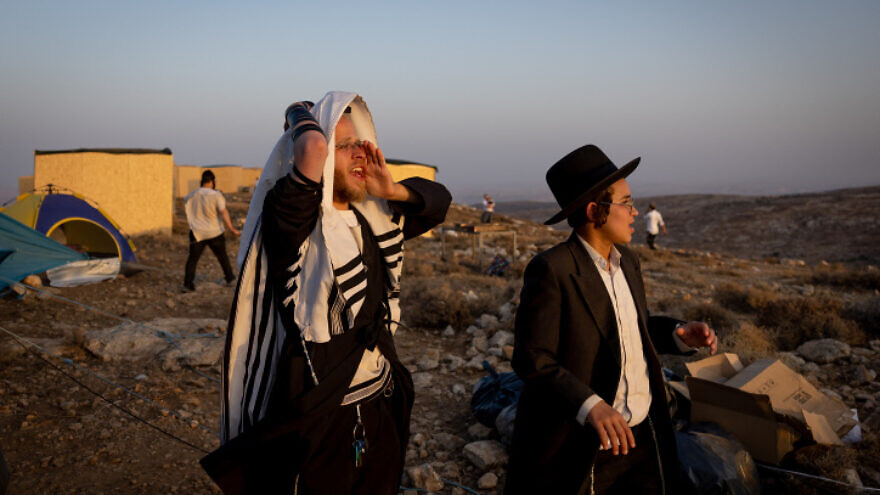 (August 17, 2022 / JNS) Numerous families on Tuesday announced the establishment of what is believed to be the first-ever ultra-Orthodox, or haredi, illegal outpost in Judea and Samaria.

According to media reports, 15 families have taken up residence at the outpost, where they built homes, a synagogue and a yeshivah in the span of two hours on Sunday night.

The outpost, named Derech Emunah, or Path of Faith, is located close to the haredi community of Metzad, although it is not accessible by car.

“The establishment of Derech Emunah is designed to increase awareness within the ultra-Orthodox community of the religious commandment of settling the land, as well as showing that the housing crisis … can be resolved through settlement construction in Judea and Samaria,” Moshe Rotman, one of the outpost’s founders, was quoted by local media as saying.

Rotman added that the outpost was built as a means of protesting what he considers the government’s selective enforcement against illegal construction by Israelis and the Palestinians in Area C of the disputed territory.