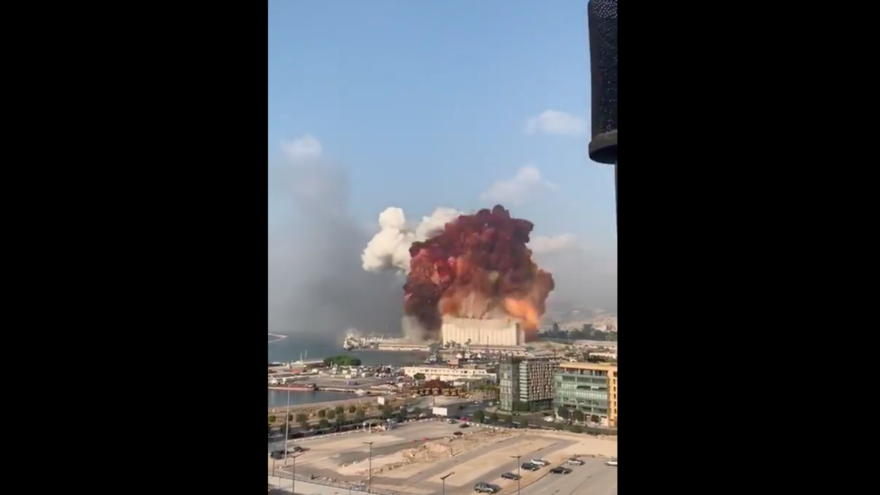 (August 5, 2020 / JNS) The massive explosion in Lebanon appears to be caused by fireworks and ammonium nitrate according to experts and videos of the explosion.

“Before the big explosion, you can see in the center of the fire, you can see sparks, you can hear sounds like popcorn and you can hear whistles,” Boaz Hayoun, owner of the Tamar Group, an Israeli firm that works with the Israeli government on explosives, told the AP. “This is very specific behavior of fireworks—the visuals, the sounds and the transformation from a slow burn to a massive explosion.”

Jeffrey Lewis, a missile expert at the Middlebury Institute of International Studies in Monterey, Calif., said: “It looks like an accident. First, there was a fire preceding the explosion, which is not an attack. And some of the videos show munitions what I could call popcorning, exploding like ‘pop, pop, pop, pop.’ ”

“It’s very common to see fires detonate explosives. If you have a fire raging next to something explosive and you don’t put it out, it blows up,” said Lewis.

The orange clouds after the blast were likely from toxic nitrogen dioxide released after an explosion that includes nitrates, noted the report.