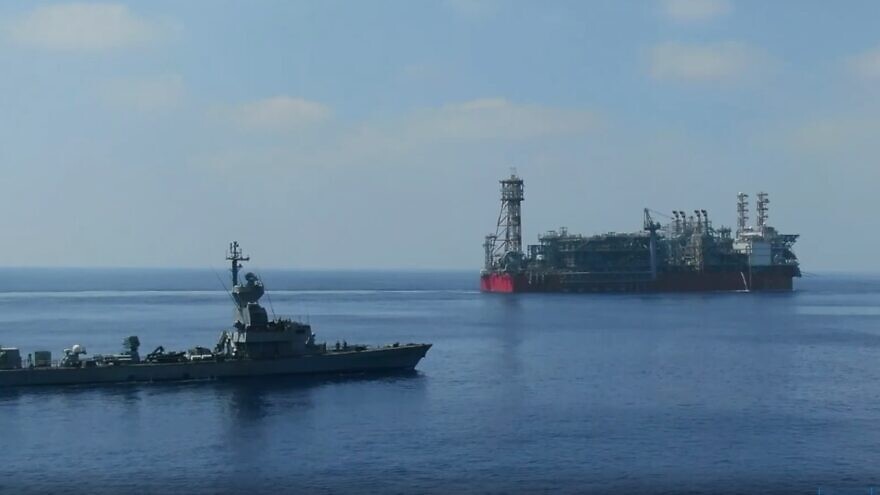 The effort proved futile, as the Lebanese dramatically inflated their claims to territorial waters well beyond the internationally-accepted starting point for negotiations.

The disputed waters encompass 860 square kilometers (332 square miles) between the southern boundary of the Lebanese claim, known as “line 23,” which it formally asserted under the U.N. Convention on the Law of the Sea, and the boundary Israel sought to draw to the north, known as “line 1.” In 2012, U.S. mediator Frederic Hof proposed a compromise that would have split up the area at a ratio of 55% for Lebanon and 45% for Israel. But without offering clear reasons, the Lebanese government failed to approve the proposal and the negotiations lapsed. When indirect talks resumed in late 2020, the Lebanese delegation presented new legal and hydro-graphical studies to support an expanded claim (bounded by what is known as “line 29”), including an additional 1,430 square kilometers south of line 23.

“At the second round of negotiations, the Lebanese proffered an extreme demand, which was to extend their previously filed line at the United Nations—the 23 line—and make a claim for the 29 line. It was really a maximalist demand that basically stalled the negotiations and they remained frozen for the next year, year-and-a-half until [State Department Special Envoy and Coordinator for International Energy Affairs Amos] Hochstein got in there and the Lebanese started moving off that point,” Schenker told JNS.

The new deal, as reported, places the Lebanese boundary back at line 23, but nothing more.

“I think that Lebanon is going to be very pleased. It appears that Israel has agreed to the 23 lines, so that’s 100%, basically, of what the Lebanese demand was, plus a negotiation on the Qana field,” a prospective gas field that Lebanon will take over, with possible royalties being paid to Israel should the field be developed. “What Israel gets is a buffer zone for seven kilometers out and maybe a little bit of peace of mind taking away one area of contention between Hezbollah and Israel. But I think overall, it’s pretty good for Lebanon here,” said Schenker.

It all comes down to priorities, said Schenker, now a Taube senior fellow at the Washington Institute for Near East Policy and director of its Program on Arab Politics. He said the priority for the current government of Prime Minister Yair Lapid appears to be solving one of its border issues, but even a conclusion on that front falls short of the promise of further stability.

“This does nothing to alleviate tensions along the Blue Line where Hezbollah is digging in, putting commandos on the border, developing with great speed its precision-guided munitions project,” said Schenker, referring to the disputed line of withdrawal following Israeli forces’ exit from Southern Lebanon in 2000, which is supposed to serve as a buffer zone.

Hezbollah terrorist forces, backed by Iran, have launched attacks from the line and dug terror tunnels into Israel below it. Hezbollah repeatedly threatened it would attack Israel should a deal between Israel and Lebanon favor the Jewish state, and this summer it launched armed drones towards the Israeli-controlled Karish gas field in Israel’s undisputed zone in the Mediterranean.

“I don’t think this [proposed deal] does a whole lot for improving the atmospherics. I think the chances for an Israel-Hezbollah war remain as great,” Schenker said.

“I think what really made this possible at this point in time was that the decision makers in Lebanon—and by that I am referring to Hezbollah—determined that they could no longer stand in the way of exploitation of this resource. In other words, Hezbollah had been putting on the brakes,” said Schenker, who pointed to startling figures that show 85% of Lebanese people in poverty and the spiraling devaluation of the Lebanese lira. “The situation is so dire that Hezbollah could not stand in the way of the government of Lebanon generating any revenues. And so now it will take the credit for threatening Israel into this deal, whether it’s true or not.”

Former Israeli Prime Minister Benjamin Netanyahu oversaw the Israeli end of talks while Schenker was at the helm and has been vociferously critical of the pending deal, arguing it puts Israel’s security at risk and abandons Israel’s economic interests. Schenker, while declining to comment on private diplomatic negotiations, said that Netanyahu and his team, led by then-Energy Minister Yuval Steinitz, never had a full opportunity to put their territorial and security-related red lines on the table, as deep talks failed to materialize following Lebanon’s new maximalist demands.

Netanyahu has reportedly lashed out at the administration of U.S. President Joe Biden over its brokering of the current proposal, going so far as to privately make a claim of election interference, with the winding down of talks coming during the Israeli election campaign.

Schenker downplayed that notion, calling the American efforts “altruistic” and at the invitation of Israel, just as it had been when he was in government.

“I think it’s a rare foreign policy win for the Biden administration. And it is something that they can point to as being a success, especially now that the Houthi ceasefire has crumbled,” said Schenker, referring to this weekend’s expiration of a U.S.- and United Nations-brokered truce involving the Iran-backed Houthi rebels in Yemen.