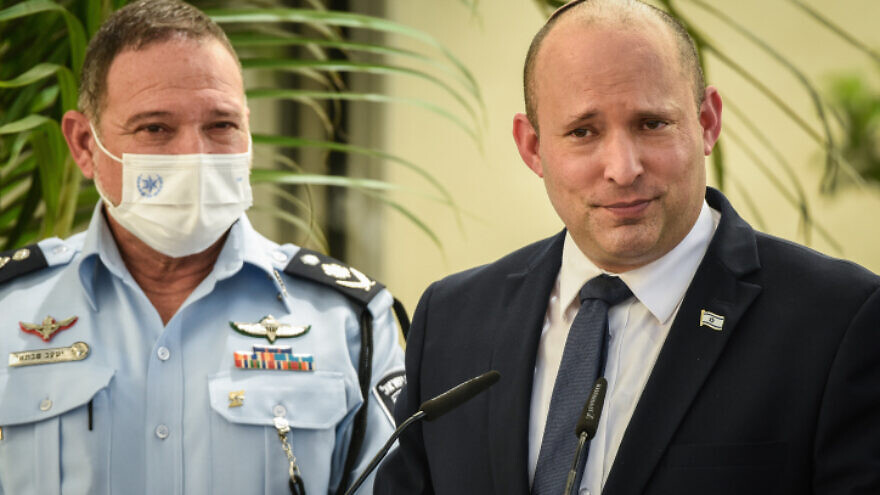 (October 3, 2021 / JNS) Israeli police arrested four suspects on Saturday in connection with an attack the day before on police officers attempting to apprehend a suspect in the Israeli Arab town of Kfar Qasim.

Video footage of the incident, which took place at around 3:00 a.m. on Friday, shows the officers being attacked by young men as they attempt to arrest an individual (wanted in connection with an earlier attack, according to the Israel Police) at the entrance to a building.

The incident begins with shouting and pushing. An officer tasers one of the men, who then punches the officer to the ground. Another man exits the building and grabs an officer around the neck, attempting to pull him off the suspect.

The alleged assailants belong to a group employed by the town to provide security services, Haaretz reported. Their offices were in the town’s municipality building, where the attack took place.

Israel Police Commissioner Maj. Gen. Yaakov Shabtai said in response to the incident that such occurrences would not be permitted to become “the order of the day.”

“I have instructed the district command of the area to act decisively and firmly and lay hands on anyone who took part in the incident, and we will provide them with all the means and forces required,” said Shabtai.

Israeli Prime Minister Naftali Bennett responded to the incident on Saturday, saying, “I stand alongside the police officers who were violently attacked in Kfar Qasim. Violence in the Arab sector has reached an intolerable point.”

“I expect the Arab sector, which is asking for the state to intervene, to give the police its support and backing,” he said.

“There is no place to use violence against the police. We call on all citizens of the country to maintain law and order,” said Abbas.