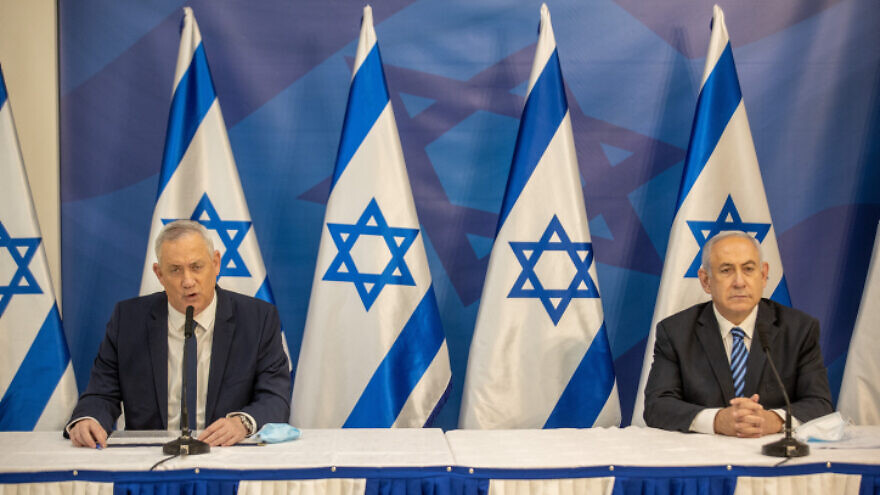 (August 18, 2020 / JNS) Israeli Defense Minister Benny Gantz stated publicly on Tuesday for the first time that Prime Minister Benjamin Netanyahu did not brief him about the deal with the United Arab Emirates until after it had been reached.

“I was updated after the decision was taken,” Gantz told reporters. “I think that it’s improper that I was not updated.”

When asked in a recent interview about reports that he had not let Gantz and Foreign Minister Gabi Ashkenazi know in advance about the imminent pact, Netanyahu replied, “Let them know? I’ve been dealing with this for years.”

“They’ve been here all of two months,” Netanyahu said, referring to the fact that Gantz and Ashkenazi, both from the Blue and White Party, have only been in the government since May 17, following their party’s signing of a national-unity deal with Netanyahu’s Likud.

“That was the [coalition] agreement—maintain discretion, to prevent Iran and others from torpedoing it,” said Netanyahu.

Asked whether he thought that his defense minister and foreign minister would have leaked something to Iran, Netanyahu answered: “Not to Iran. I didn’t say they would leak to Iran. They can speak with advisers, and this information could get out.”

“I have never leaked in my life,” Gantz said on Tuesday.

The Netanyahu-Gantz confrontation came as the Knesset passed the first reading of a bill on Monday to extend the Aug. 25 deadline for the government to pass a state budget. According to the coalition agreement, if the budget is not passed by that date, the Knesset automatically disbands and new elections are scheduled.