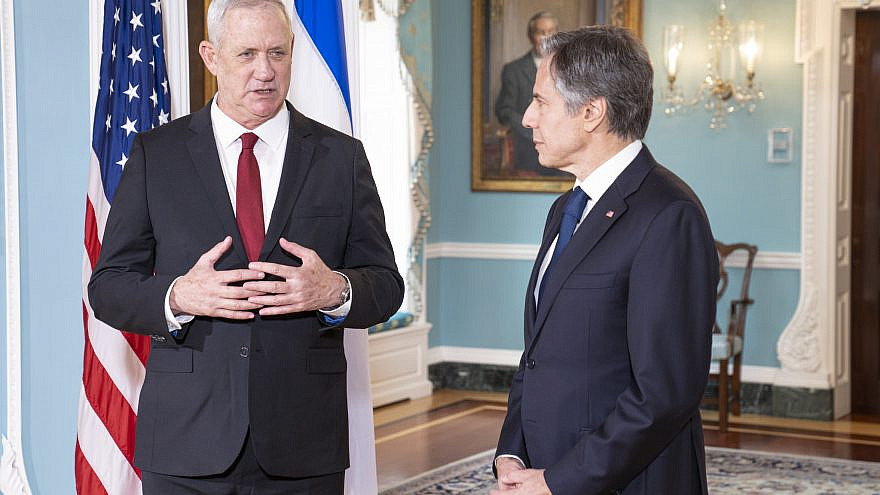 (June 3, 2021 / JNS) As he set off for a lightning trip to the United States on Wednesday night, Israeli Defense Minister Benny Gantz left behind tectonic political developments in Jerusalem that will reshape the political system for years to come. The reason for the visit’s timing must therefore have been highly significant, even beyond Gantz’s reported intention to secure a restock of $1 billion worth of Iron Dome interceptors after last month’s intensive 11-day conflict with Hamas.

Before leaving, he said he’s “heading to the U.S. on a short but very important trip to ensure Israel’s security.”

Judging by his statements in recent days, as well as that of other senior defense officials, the emerging nuclear deal with Iran will, alongside Gaza, be the central talking point between Gantz and U.S. Secretary of Defense Lloyd Austin, as well as National Security Advisor Jake Sullivan and Secretary of State Antony Blinken.

It appears as if Gantz shares many of Israeli Prime Minister Benjamin Netanyahu’s grave concerns over a return to the 2015 nuclear deal with Iran. That would mean that most of the sunset clauses on critical aspects of Iran’s nuclear program would expire between 2025 and 2030—a blink of an eye in strategic timeframes.

But unlike Netanyahu, Gantz wants to engage in closed-door dialogue that will, he hopes, result in new understandings between Jerusalem and Washington. These could cover scenarios of what might happen when Tehran begins to approach Israeli red lines in its nuclear program and what capabilities Israel could be armed with to deal with Iran, if necessary.

Following a previous visit to Washington by Gantz in October 2020, Israel was later able to, with U.S. defense assistance funds, fast-track the purchase of Boeing KC-46 mid-air refuelers—key for any long-term air missions—and begin modernizing its current fleet of refuelers.

More recently, Gantz made his approach quite clear on how to engage the Biden administration on June 1 when he stated that “the U.S. was and will continue to be the most important ally for Israel in safeguarding its defense and security superiority. The Biden administration is a true friend of Israel. Israel has not and will not have a better partner than the U.S. Even if there are divisions, they will be solved behind closed doors, and not through a defiant dialogue that could harm Israeli security.” 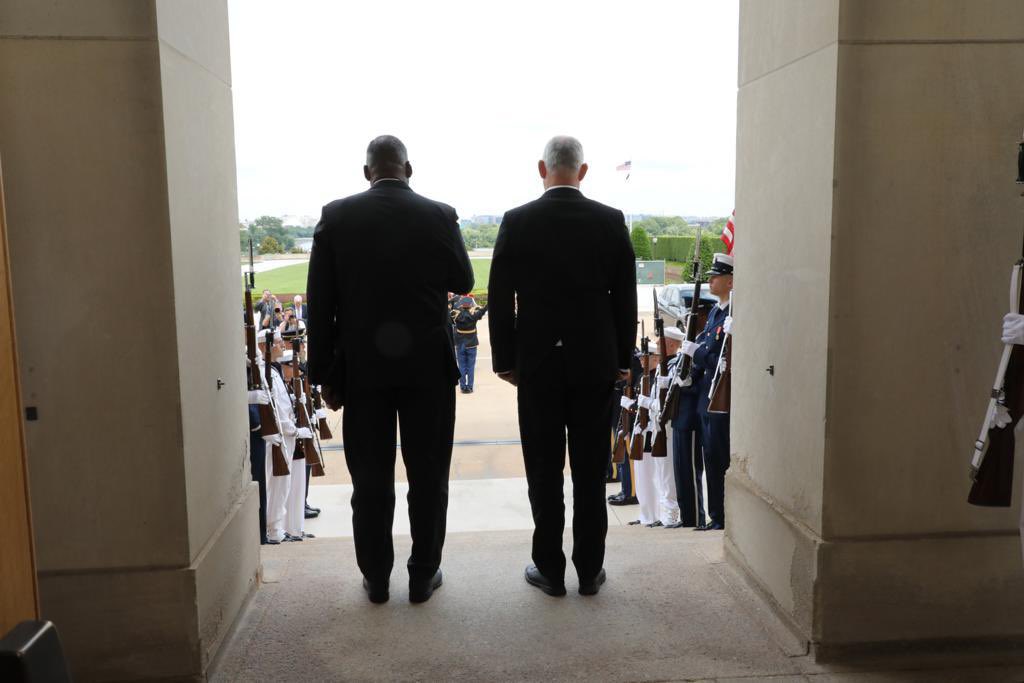 Gantz was responding directly to a statement made by Netanyahu that same day, who said bluntly that “if we have to choose between friction with the United States or having to get rid of an existential threat—the existential threat takes precedence.”

Netanyahu added that Iran’s ongoing attempts to arm itself with nuclear weapons, whether to threaten Israel, “a small condensed country,” directly with destruction through atomic weapons, or to “threaten us with tens of thousands of missiles backed by a nuclear umbrella—it threatens the future of the Zionist enterprise, and we must be prepared to fight the threat endlessly.”

‘We look for stability and prosperity for everybody’

In fact, it seems like Gantz holds very much the same threat perception. He also likely shares Netanyahu’s view on the prospects of Iran using a new, weak nuclear agreement to gain international legitimacy, amass great treasure for its proxy network of terror organizations and prepare the ground to become a nuclear breakout state.

The difference is that Gantz is interested in attempting to recruit the help of the United States, whose support and cooperation with Israel on defense issues is critical, and avoiding a diplomatic crisis.

He is also keen on updating the U.S. defense establishment and Biden administration officials on a new initiative by the Israeli defense establishment to weaken Iran’s role in the Gaza Strip and to undermine Hamas by strengthening the role of the Palestinian Authority and pragmatic Sunni Arab states.

Part of this Israeli plan calls for eliminating Hamas from the Gaza reconstruction process and introducing a new inspection mechanism with international support aimed at preventing Hamas from exploiting goods entering the coastal enclave so that embedded terror groups can rearm with rockets and tunnels.

Signs of this agenda were evident at a joint statement by Gantz and Blinken on Thursday, when the defense minister said that the key issues up for discussion are Iran and the future of Gaza.

“We do look for stability and prosperity for everybody, and as defense minister, I think the relationship between moving forward with construction while making sure that everything stays secure is very important to me,” said Gantz.

During a meeting with Sullivan, Gantz said that the two discussed ways to block Iranian aggression, as well as the need to bolster the “alliance of the pragmatic in the region.”

Perhaps comments made by the incoming Mossad director, David Barnea, on the urgency and severity of Iran’s regional and nuclear activities can also help explain the timing for Gantz’s visit.

“Our security challenges are very great,” Barnea said on Tuesday during a ceremony to inaugurate him into his new position.

“Iran is at the top of the list. It must be said in a clear, loud voice that Iran is acting, even at this very moment, to implement its nuclear vision, under the veil of international protection,” he said. “Under the cover of a [nuclear] agreement and without it, through lies and concealment, Iran is on a path of continual advancement towards a plan to produce weapons of mass destruction.”