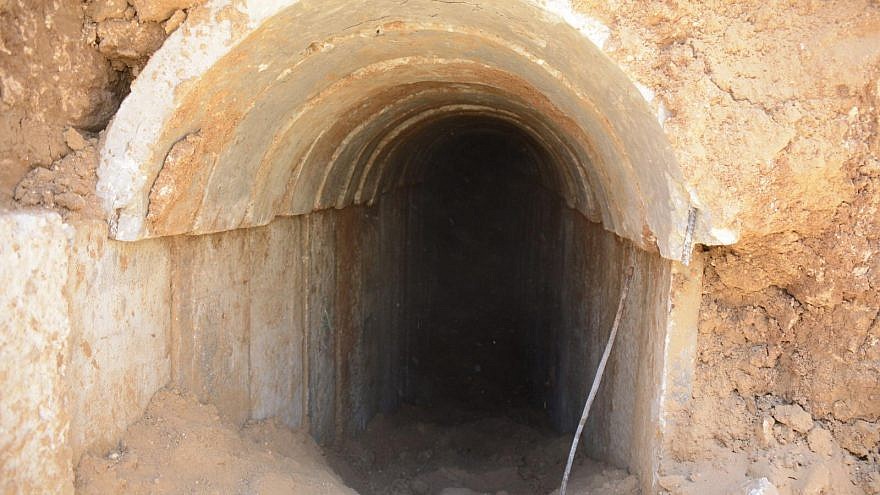 A look into one of the terror tunnels dug by Palestinian terrorists in the Gaza Strip to reach across the border with Israel. Credit: IDF Spokesperson’s Unit.
Spread the word.
Help JNS grow!
Share now:

(April 21, 2022 / JNS) Palestinian terrorists in the Hamas-ruled Gaza Strip are building tunnels as it prepares for the next war with Israel, according to a report.

The tunnels have electric lighting, a ventilation system and telecom cables. They also come complete with small rooms to store weapons and communication, according to the report.

Israel has fortified its border with Gaza by using a barrier that goes underground and is made of steel.

“We will let the days and the battles to come do the talking about the ability of the resistance to break through this so-called [Israeli] barrier,” Al-Quds Brigade spokesman Abu Hamza told AFP.

One fighter sitting near one of the tunnel entrances was reported as saying, “We’ve received instructions to mobilize and be on high alert to defend the Al-Aqsa mosque and Jerusalem. The rockets are on high alert, and we’re waiting for the leadership to decide.”