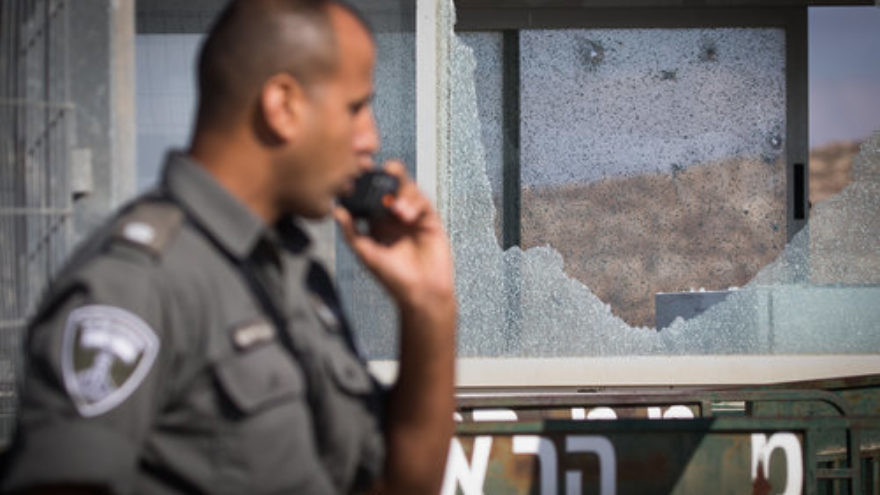 The recent terror attack that killed three Israelis in Har Adar is a reminder of the fragile security situation across Israel, Judea and Samaria (the territories), and Gaza.

Most of the time, the situation looks calm. But hidden from view is the titanic struggle raging 24 hours a day between Israel’s security forces and Palestinian terrorists. The latter are working relentlessly to try to commit atrocities.

In July and August alone, the Shin Bet domestic intelligence agency and the IDF thwarted more than 70 terror cells in the territories. The cells were busy planning and trying to execute attacks.

There are two main kinds of threats that Israeli security forces prevent: unorganized and organized.

When it comes to the world of organized terrorism, Hamas leads the way. In Gaza, Hamas has become an Islamist government, which commands its own army and rocket arsenal. But in the territories, it still operates like a terrorist organization. Hamas is continuously trying to set up, fund and arm cells in the territories, and dispatch them on jihadist missions against Israeli targets—on both sides of the 1949 armistice line.

Yet these efforts usually run into a brick wall, otherwise known as Israel’s counter-terrorism operations.

Those efforts include cracking down on weapons factories in the territories. In recent months, the Shin Bet and the army raided dozens of metal workshops that produced weapons, seizing large quantities of guns. These raids have contributed to the decrease in the number of shooting attacks.

At the same time, Israel has undergone a revolution in its ability to tackle lone attackers—unorganized terrorism. Shin Bet chief Nadav Argaman said his agency was able to use the cyber domain to track down 2,000 suspected terrorists since the start of 2016.

For decades, the directorate has been working with the IDF Central Command—the entity responsible for all military operations in the territories. Together, they combat Hamas, working to prevent mass-casualty attacks of the type that once ravaged Israeli cities during the second intifada. At the time, Hamas used strongholds in the territories like Nablus and Hebron to launch waves of suicide bombers and gunmen, in a bloody terrorist campaign that peaked in 2002.

That year, the IDF launched Operation Defensive Shield and re-entered cities in the territories, taking back control and eventually stamping out attacks. Since then, those who plot terrorism in the territories more often than not end up in custody, as Israel’s intelligence web detects and pre-empts them. Although the territories remained out of Hamas’s reach, Gaza fell to the terror group in a violent coup in 2007.

Fearing Hamas would replicate its Gazan revolution in the territories, the Palestinian Authority (PA) began launching frequent raids of its own on Hamas, working to repress the Islamist organization. Those efforts continue to this day.

By 2010, Hamas grew frustrated over its ongoing failure to set up shop in the territories. It decided on a new route to create a presence, choosing to set up charities, religious organizations, schools and mosques. This social-religious program, known as “Da’wa” in Arabic, provides assistance to downtrodden Palestinians, building up popular support for Hamas as an alternative to Fatah. Hamas can then convert this religious-political affiliation into future terrorist recruits.

Palestinian families who have received years of financial aid from Hamas will be open to its radical Islamic incitement, and be more responsive to its call to act.

This same tactic is applied at Palestinian universities in the territories, where Hamas created student organizations, known in Arabic as a “Kutla.” These groups spread incitement and fundamentalism.

In 2011, Hamas’s efforts to re-establish itself in the territories received a boost. In exchange for the release of kidnapped IDF soldier Gilad Shalit, Israel released more than 1,000 security prisoners, most of them Hamas members. Many had lots of operational terrorism experience from the second intifada. The group included Saleh al-Arouri, who was expelled by Israel from the region and proceeded to found Hamas’s overseas headquarters.

Arouri travels around the Middle East and, together with other Shalit deal prisoners, set up a shadow exile Hamas government. Its top goal remains coming up with ways of resurrecting Hamas’s base in the territories. This overseas HQ exploits the fact that its members are out of the reach of Israel’s counter-terrorist operations.

Hamas’s strategic goal is to rise to power in the territories, just like it did in Gaza. But it recognizes this goal is out of immediate reach, so it feigns flexibility. Strapped for cash and under pressure from Egypt to reform, Hamas recently said it was willing to join a unity government with Fatah.

“One is a covert consolidation program throughout the West Bank, to create the basis for a future violent clash with Fatah and the PA’s forces,” he told JNS.org. “The second effort is about seeking rehabilitation from the PA and Abbas, creating a unity government, and waiting for Abbas’s passing, and for the unity government to fall like a ripened fruit into Hamas’s hands, without the need for a violent clash between the two movements.”

At the same time, Hamas keeps trying to blow up Israelis. Its cells try to manufacture explosives and plant them on Israeli buses, or as roadside bombs. It is also plotting kidnappings, hoping an Israeli hostage can be traded for the release of more Palestinian prisoners.

The terror group is willing to bide its time as it seeks new ways to amass power. Hamas is not picky about how it will try to take over the territories—both elections and armed revolution are acceptable routes, whichever works best.

In the meantime, Hamas charities gather donations from around the world and pay poor Palestinians regular funds, building up support. These same “charities” also channel fat salaries to senior Hamas members who reside in the territories. These operatives are under orders to sit tight, until the time comes for a new phase of activities.

In the past year, Israeli security forces seized $370,000 from Hamas members in the territories, and impounded some 50 vehicles. The Shin Bet and IDF work more closely than ever, sharing intelligence and missions. The Shin Bet heads the counter-terrorism operations, while the army takes the lead in combating terrorist financing.

The situation remains volatile, and any new incident—such as July’s terror attack near the Temple Mount—can cause a spike in violence. Hamas’s vision is as destructive as ever, and Israel’s security forces know they’re in the long game, playing for the highest stakes.