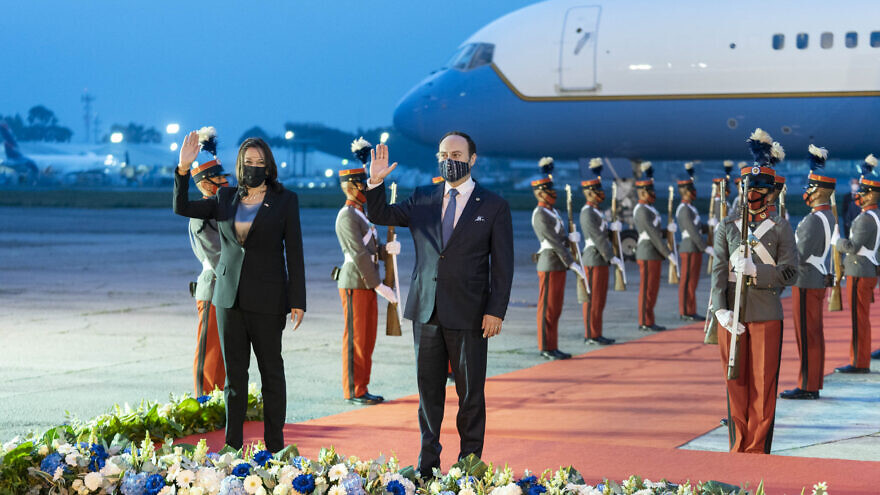 According to a White House readout of the call, after Harris congratulated Herzog on his new position, the two leaders spoke about continuing to deepen the relationship between Israel and the United States.

She expressed the U.S. commitment to Israel’s security and continued support of the Abraham Accords between the Jewish state and Arab Gulf states—namely, the United Arab Emirates and Bahrain. Morocco and Sudan have also signed the normalization agreement, which approaches its one-year anniversary in mid-September.

Harris also stated America’s commitment to pursuing the two-state solution to the Israeli-Palestinian conflict, which it believes will advance “freedom, security, dignity and opportunity for people on both sides.”

Much of the conversation focused on climate change, according to the readout, specifically on water scarcity, and the frequency and intensity of fires, such as those in the western United States.

Harris thanked Herzog for following up on her request for Israeli assistance in Central America—providing water-catchment systems in Guatemala and collaborating with the U.S. Agency for International Development to train farmers in “climate-smart agriculture.”