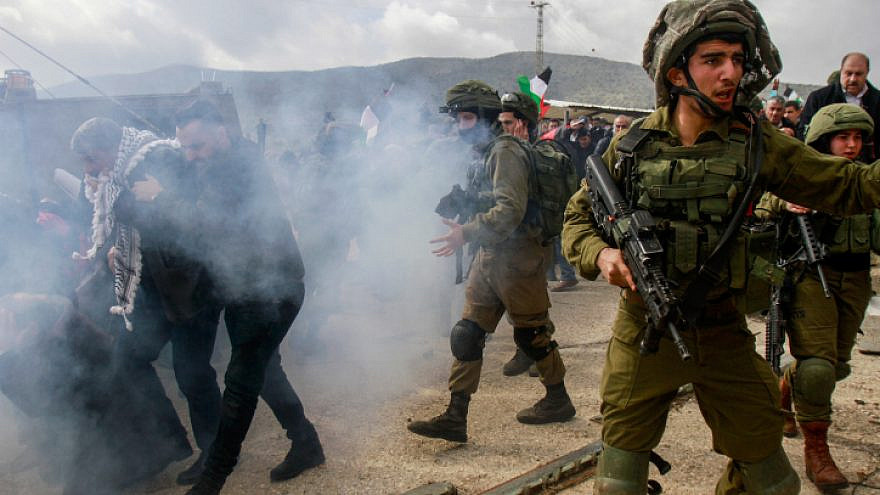 Palestinians clash with Israeli soldiers near the town of Tubas in Judea and Samaria, during a demonstration against U.S. President Donald Trump's peace proposal on on Jan. 29, 2020. Photo by Nasser Ishtayeh/Flash90.
Spread the word.
Help JNS grow!
Share now:

(March 8, 2021 / JNS) Israeli forces thwarted an attempted stabbing attack on Sunday in the town of Tubas in northern Judea and Samaria, according to the Israel Defense Forces. The assailant was shot and killed, while one of the Israeli soldiers suffered light wounds in the incident, according to the military.

The troops were conducting an arrest raid in the town when one of the soldiers was attacked by an assailant armed with a knife, the military said in a statement.

The soldier fought off the attacker, sustaining light wounds to his hand, after which an officer on the scene opened fire, killing the assailant.

The wounded soldier was treated on the scene, according to the military.