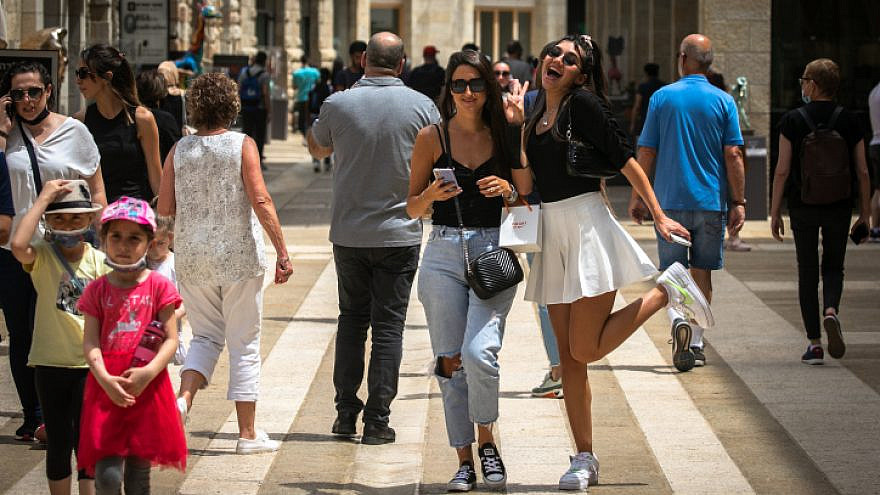 (May 10, 2021 / JNS) In honor of Jerusalem Day on Monday, the Israeli Tourism Ministry published data on visitors in the nation’s capital.

In last year’s Inbound Tourism Survey (January-February 2020), tourists cited visiting Jerusalem and the city’s various sites as their most positive experience in the country. The city was especially popular with visitors from Brazil—94 percent of whom included it on their itinerary. The city was also a favorite for visitors from Poland, India, Spain, China, Canada and the United States.

The city saw slightly more female than male tourists, at 82 percent to 75 percent, and was more popular among the younger and older cohorts. Eighty-five percent of tourists aged 15-24 visited the city, as did 84 percent of visitors over age 65. In the 35-44 age group, the figure was somewhat lower at 74 percent.

The city took first place in 2020 for the number of hotels, with 10, 992 rooms in 88 hotels. Tel Aviv came in second at 83. In 2019, before the coronavirus pandemic devastated incoming tourism, some 3.6 million tourists stayed in the city.

Tourism is a major source of employment in the city, with hotel workers accounting for 21.8 percent of the job market, just edging out Eilat, where the figure is 21.7 percent.

Israeli Tourism Minister Orit Farkash-Hacohen said in a statement that she “sincerely” hopes to see “tourists roaming the Old City, the Machane Yehuda market, the pedestrian mall and the First Station complex.”

“Tourists, who are so lacking in the Jerusalem landscape not only visit the Holy Land; they also strengthen the entire Israeli economy,” she said, expressing her wish that, in addition to Christians from around the world, more Arab and Muslim tourists, from the United Arab Emirates, Bahrain, Morocco and other countries, will also visit.