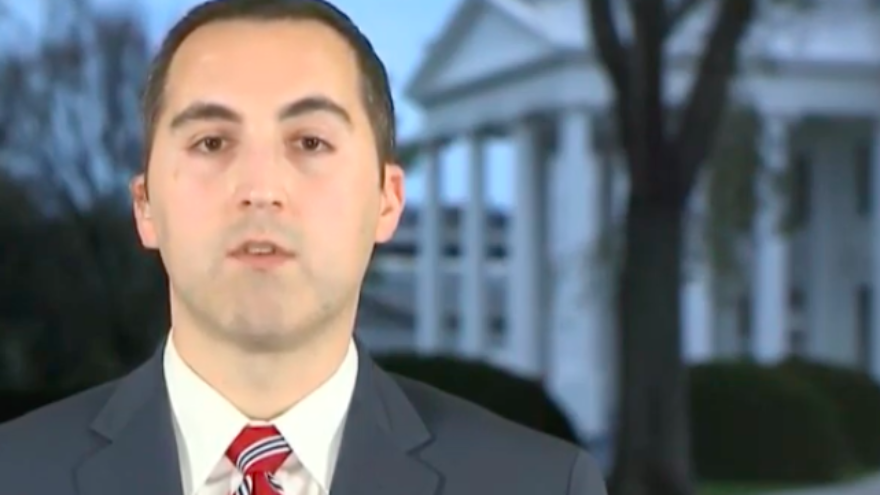 (January 6, 2020 / JNS) The director for countering Iran’s weapons of mass destruction at the White House National Security Council, Richard Goldberg, is leaving his position on Monday after one year, JNS has learned.

Bloomberg first reported the development on Friday, citing a person familiar with the situation. Politico reported Goldberg’s wife had a baby on Sunday.

An Iran hawk, Goldberg played an instrumental role in the Trump administration’s maximum pressure campaign against Tehran that has included sanctions and military force, and most recently, the elimination of Islamic Revolutionary Guard Corps’ Gen. Qassem Soleimani.

Goldberg’s position was created by then-National Security Advisor John Bolton to “counter what Bolton saw as a desire at the departments of State and Treasury to weaken the ‘maximum pressure’ campaign against Iran,” according to Bloomberg.

Bloomberg reported that Goldberg will return to the Foundation for Defense of Democracies, an influential think tank that has helped guide the Trump administration’s Iran strategy. The foundation, which did not comment on the situation, was threatened by the regime in August 2019, where he previously served as a senior adviser.

Goldberg will also return to Chicago-based public-affairs consulting, according to JNS.