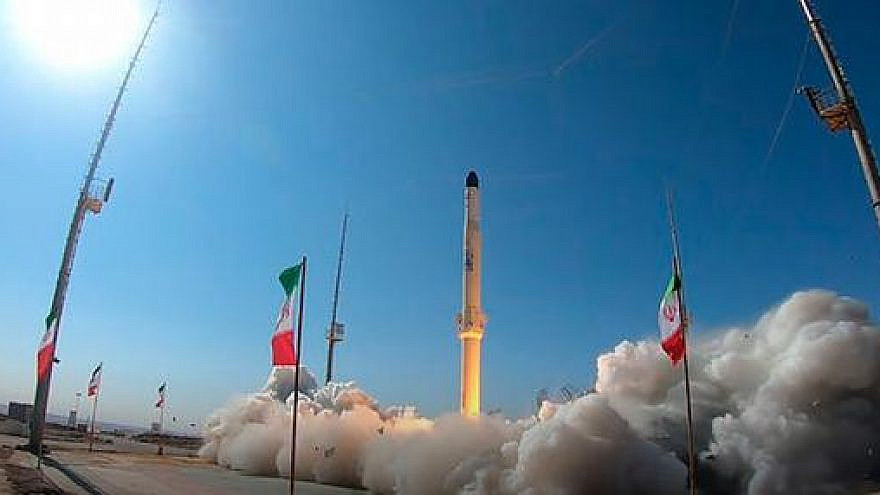 (January 3, 2022 / JNS) Iran’s attempt to place three payloads into Earth orbit on Thursday has failed, an Iranian defense official stated on Friday, according to Reuters.

The report quoted Iranian Defense Ministry Spokesman Ahmad Hosseini as telling a documentary broadcast on state TV and online, “For a payload to enter orbit, it needs to reach speeds above 7,600 [meters per second]. We reached 7,350,”

The failed launch occurred in the midst of nuclear talks between Iran and world powers are underway in Vienna, Austria. The United States, Germany, and France all criticized the launch.

In his remarks, Hosseini did not clarify “suggested the launch was a test ahead of coming attempts to put satellites into orbit,” the report stated.

“Iran, which has one of the biggest missile programs in the Middle East, has suffered several failed satellite launches in the past few years due to technical issues,” it added.

France said on Friday that the space launch was “even more regrettable” as nuclear talks with world powers were making progress.

On Dec. 15, the Jerusalem Center for Public Affairs said satellite images of the Iranian Space Center indicated that Iran was preparing to launch a space vehicle.

“The action may be intended as leverage to further pressure the West in the negotiations. It is widely suspected that Iran is seeking to connect its nuclear capabilities to launch vehicles for nuclear weapons,” the JCPA said in its report.