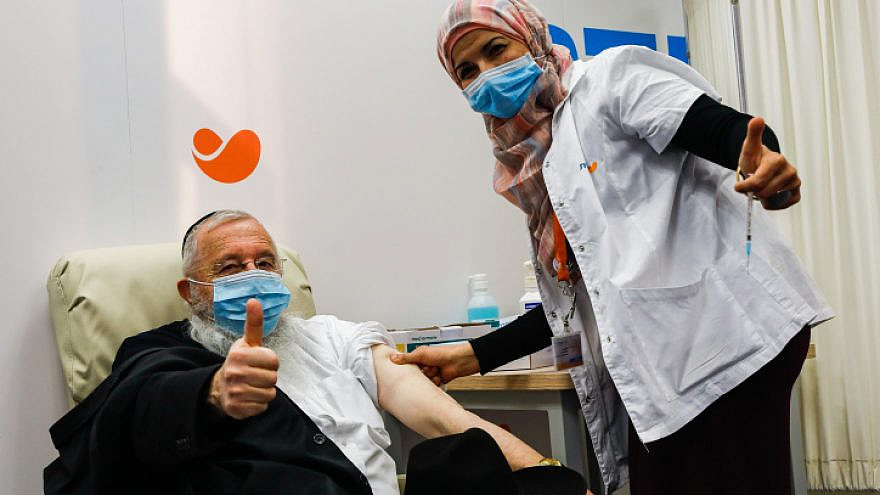 (July 29, 2021 / JNS) Israel is going to start offering a third shot of the Pfizer BioNTech coronavirus vaccine to people over the age of 60, Health Ministry Director-General Professor Nachman Ash announced on Thursday.

Ash said that the booster shots—to be offered as early as next week—could be given if at least five months passed since the person received the second dose, reported Ynet.

The move was met by criticism by some because the effectiveness of an added dose has yet to be approved by a regulatory body or hard data.

Israeli Prime Minister Naftali Bennett said he would present a plan for carrying out the third shot.

“Our strategy is clear: to preserve life and maintain the everyday life in the State of Israel. … We will finalize an action plan, and we will present it to you as soon as possible. We will continue to tackle the pandemic and the outbreak of Delta [variant] thoroughly and responsibly—together,” he said.

Meanwhile, the head of public health services at the Health Ministry, Sharon Alroy-Preis, said Israel must add countries to its flight-ban list.

She said that Greece, Bulgaria and the United Arab Emirates are expected to be added to the list, according to Ynet.