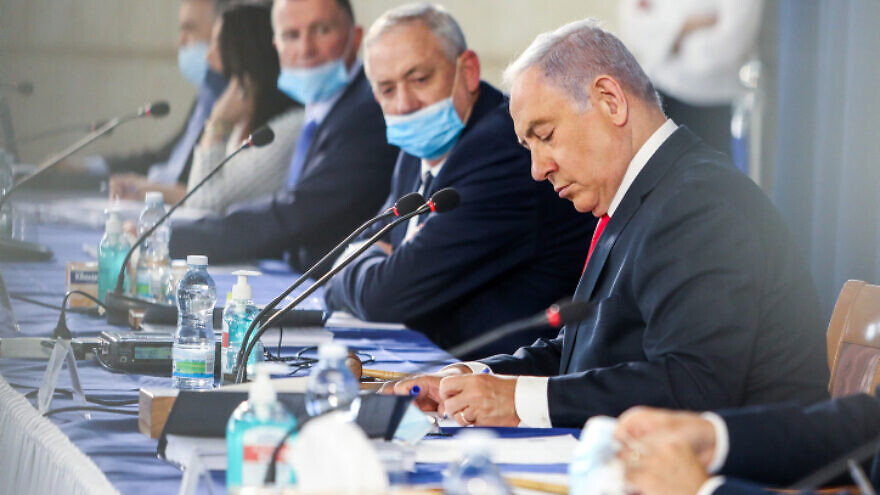 (June 16, 2020 / JNS) Israel’s Knesset on Monday passed a law allowing legislators appointed ministers or deputy ministers to resign temporarily from their parliamentary seats and enable other members of their party to take their place.

The bill was approved in its second and third readings, with 66 votes in favor and 43 against. It required 61 votes to pass.

The passing of the law was a condition of the coalition agreement signed between Israeli Prime Minister Benjamin Netanyahu and Defense Minister Benny Gantz. The legislation is important to Gantz’s Blue and White Party, as 12 of the 15 Blue and White members elected to the Knesset during the March elections are ministers or deputy ministers and thus are unable to formulate laws or sit on Knesset committees, leaving only three of the party’s MKs to do this work.

Proponents of the law argue that it is a welcome first step towards a separation of powers in Israel, where, currently, members of the executive are also members of the legislature, unlike in the United States.

Opponents of the law claim that it is a waste of badly needed funds because it will cost the public millions more dollars per year. Opposition head Yair Lapid slammed the government on Twitter, claiming: “Instead of unemployment benefits for freelance workers and grants for the unemployed, they are wasting public funds on [political] jobs.”