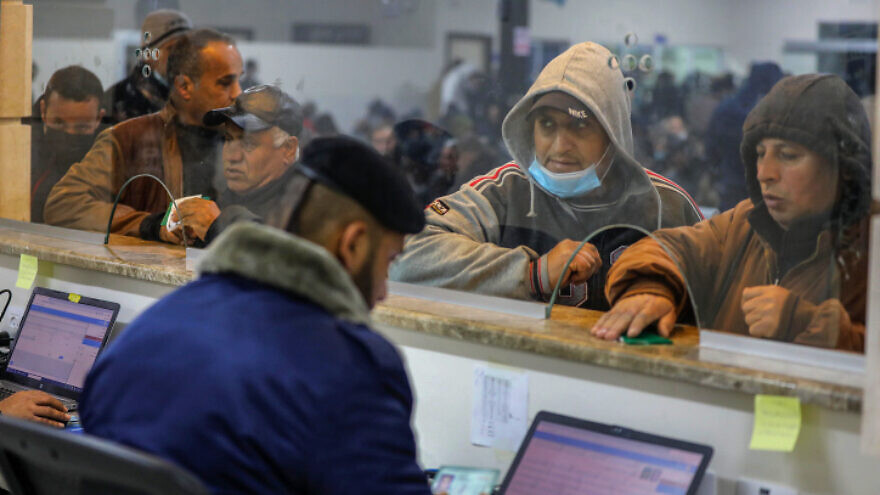 (November 17, 2022 / JNS) Israel’s Coordinator for Government Activities in the Territories (COGAT) announced on Wednesday that it will revoke hundreds of work permits, of relatives of the Palestinian terrorist who murdered three Israeli civilians in Ariel on Tuesday, Israel National News reported.

The terrorist, Mohammed Murad Souf, from Haris, a village southwest of Nablus, was shot dead by Israeli soldiers during the attack.

The decision to revoke the work permits was approved by Israeli Defense Minister Benny Gantz. According to the report, Israel has, in the past year, revoked the work permits of around 3,000 relatives of terrorists who conducted attacks against Israeli civilians and security forces.

The revocation of work permits creates economic pressure, and is designed to deter future attacks.

In a statement released on Wednesday by Gantz’s office, the defense minister “stressed the importance of rapid operations in the sector after the attack in order to bring back the sense of security, and the need to act quickly against those involved if there were more [terrorists] involved, as well as against the environment of the terrorist.”