The deal between Israel and Germany was finalized in May 2015, and the vessel’s commissioning and flag-raising ceremony took place in Germany on Nov. 11. The ceremony was conducted by Sharvit and other senior defense officials.

The other three state-of-the-art corvettes, the INS Oz, INS Victory and INS Independence, are scheduled to arrive in 2021. 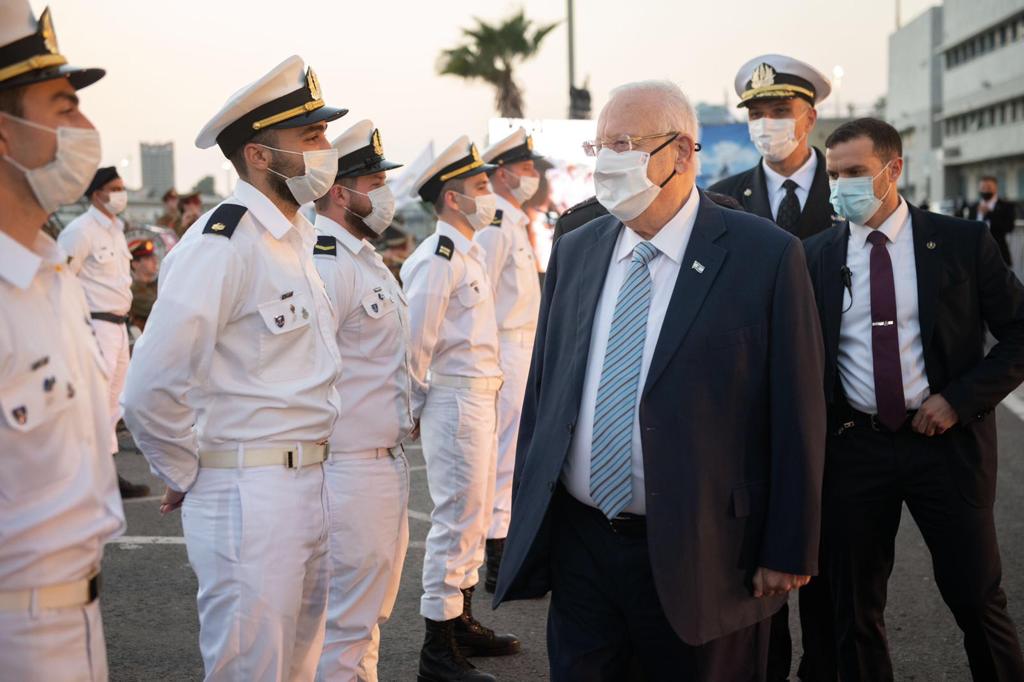 Israeli President Reuven Rivlin reviews the crew of the “INS Magen” at the Haifa Naval Base on Dec. 2, 2020. Credit: IDF.

During the ceremony, Rivlin reviewed the ship’s company and gave a speech.

“The Israeli Navy has proved it can initiate, plan, lead and implement a serious force build-up program for the long term that will answer the State of Israel’s strategic needs—from maintaining our naval superiority in the area to protecting the gas rigs and securing the trade and import routes to Israel,” he said.

“This project, [carried out] over many years, which is not yet complete, required close coordination with the German defense industries. This will work together with the military systems onboard the missile boats from our own excellent, blue-and-white military industries.”

The vessels will each be fitted with Rafael’s C-Dome, the naval version of its famous land-based Iron Dome air-defense system, as well as Israel Aerospace Industries’s Barak 8 air- and missile-defense system. A powerful radar, made by IAI-Elta, dubbed Adir (“Mighty”), will control all of the onboard combat systems. 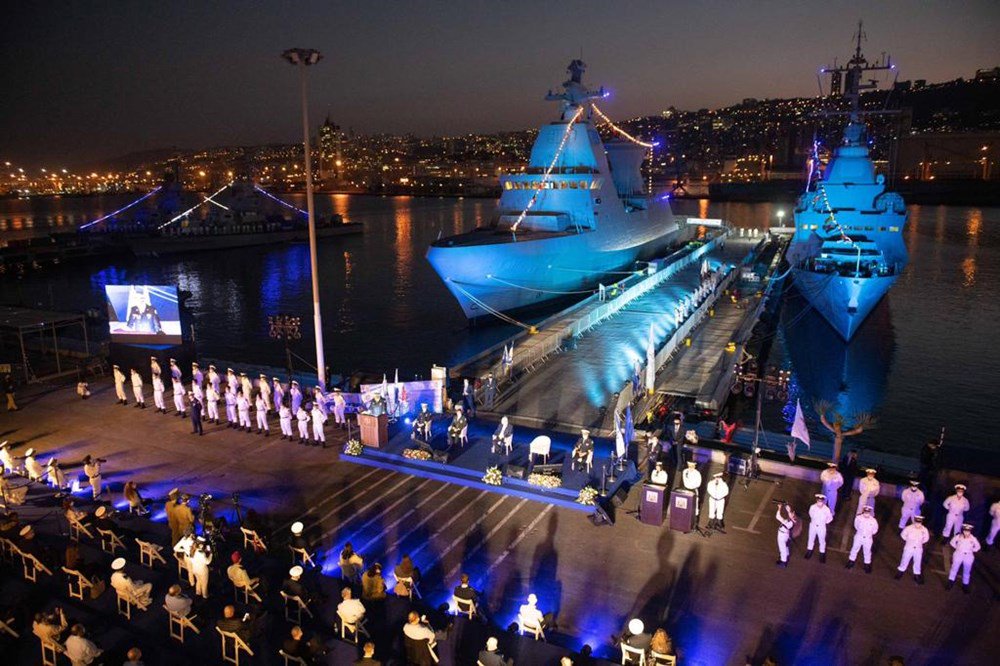 The official reception ceremony for the “INS Magen” missile corvette at the Haifa Naval Base on Dec. 2, 2020. Credit: IDF.

Rivlin thanked German President Frank-Walter Steinmeier and Chancellor Angela Merkel for their commitment to the strategic relations between the two countries.

The president also noted that the new missile boats will include female crew members—graduates of the naval officers’ course—who will comprise a quarter of the ships’ companies.

“The Israeli Navy, and the IDF, proves again its connection to Israeli society. That is the relevance of the IDF as the people’s army—the army of the people, of us all,” he said.

“At this time, when Israeli society is in crisis, you are an anchor of stability, of patriotism, of uncompromising commitment to Israel’s national security. You are our pride—true Israeli pride.”

The president then cut the ribbon and toured the ship, escorted by Kochavi and Sharvit.