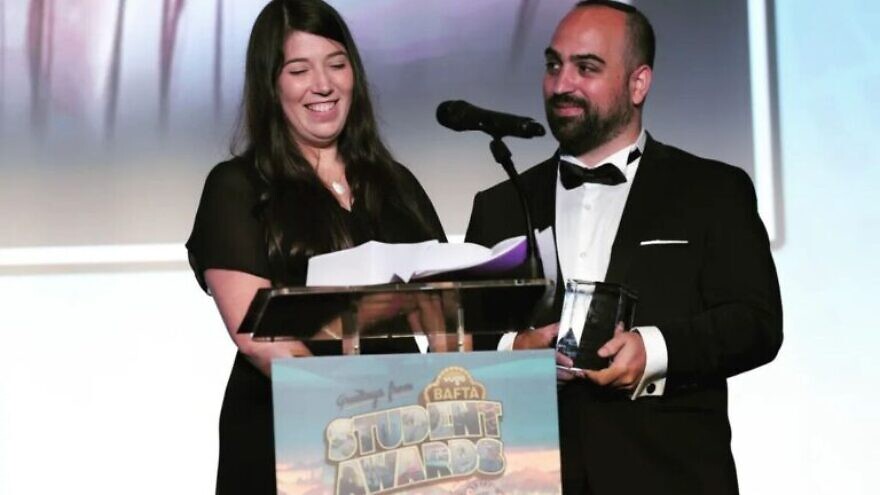 (August 18, 2022 / Israel21c) The short narrative/animation film “Girl No. 60427” has become the first Israeli film ever to win a prize in the Yugo BAFTA (British Academy of Film and Television Arts) Student Awards, an annual event celebrating the works of the next generation of talented and innovative storytellers from around the globe.

In a ceremony held in Los Angeles, the “Best Live Action Film” award was presented to “Girl No. 60427” writer/director Shulamit Lifshitz, a graduate of Ma’aleh School of Television, Film & the Arts in Jerusalem, and animator Uriel Berkowitz.

The film, which combines live action cinematography and animation, is based in Tel Aviv in 1998, when a girl finds her grandmother’s secret notebook from the Holocaust.

The story was inspired by the director’s relationship with her real grandmother, a Holocaust survivor who wrote a journal about her experiences during the war years.

This year’s shortlisted 82 projects were selected from a record-breaking 715 submissions from 134 schools in 36 countries, including Austria, Australia, Belgium, Brazil, Canada, Denmark, France, Germany, Israel, Norway, Singapore and the United Kingdom.

The BAFTA judges said, “Girl No. 60427” is “a deep and emotional film, which brings to extraordinary artistic expression the experiences of the third generation of Holocaust survivors.”