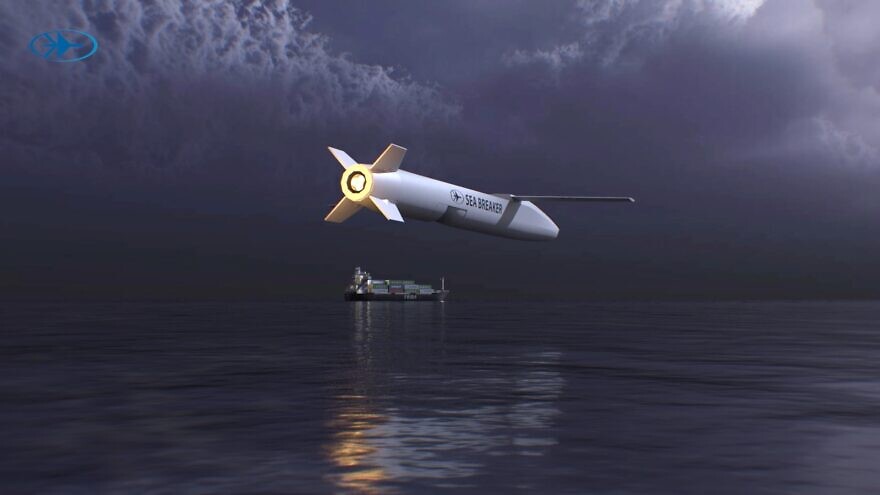 Flying at sub-sonic rapid speeds and equipped with advanced electro-optic (camera) and infrared guidance systems, the Sea Breaker does not rely on satellite navigation, meaning that adversaries cannot disrupt its path to target, Rafael sources said on Tuesday.

“It has the ability to infiltrate defense systems, flying low. If it’s over the sea, it skims the water, and the ability of the enemy to disrupt it is very limited. Over land, it flies low and comes in using ‘sneaky’ routes, like a naval commando raid. Once it locks onto a ship, the ship’s time starts running out quickly. As the enemy radar tries to figure out where to send interceptors, the Sea Braker keeps maneuvering,” a company source told JNS.

“In the end, it’s an autonomous missile,” said the source. “A person in the loop can stop the attack via a communications channel, change the target, or abort the mission,” he added.

The missile can be fired from shore-to-sea, sea-to-shore, sea-to-sea or be used as a surface-to-surface missile, said the source.

Capable of targeting both stationary and moving targets, the missile is specifically designed to infiltrate areas that are filled with radars and adversary missiles, known in military terminology as Anti Access/Area Denial (A2/AD) areas.

This means that the Sea Breaker can be used to infiltrate heavily guarded coastal areas, or, if used by a defending military, to alternative defend such territories against enemies.

Sea Breaker can be launched from ships or from land.

Able to operate in all weather conditions, the missile delivers a 250-pound warhead to targets with high levels of accuracy, meaning that a single hit can neutralize a frigate-sized ship, said Rafael.

The same precision can be used to deliver a “warning” to a ship by hitting an area that would not sink it.

A Rafael video showed a synchronized attack of two Sea Breaker missiles coming in from opposite directions to strike a ship at the same time.

Its precision means that the missile is ideal for avoiding collateral damage, the Rafael source added.

“All of Rafael is involved in this development,” a second company source said.

In a reality in which many states and non-state actors have electronic warfare capabilities, which can disrupt missiles, and satellite-jamming capabilities that can cut off GNSS signals from space, the missile’s passive guidance system makes it immune to such obstacles, he added.

“Not being dependent on satellites is core capability,” said the second source.

Sea Breaker is made up of a missile, a radar, a launcher and a command-and-control center. Even clients that lack ocean-going fleets can use the missile to protect their shores effectively, according to the source. 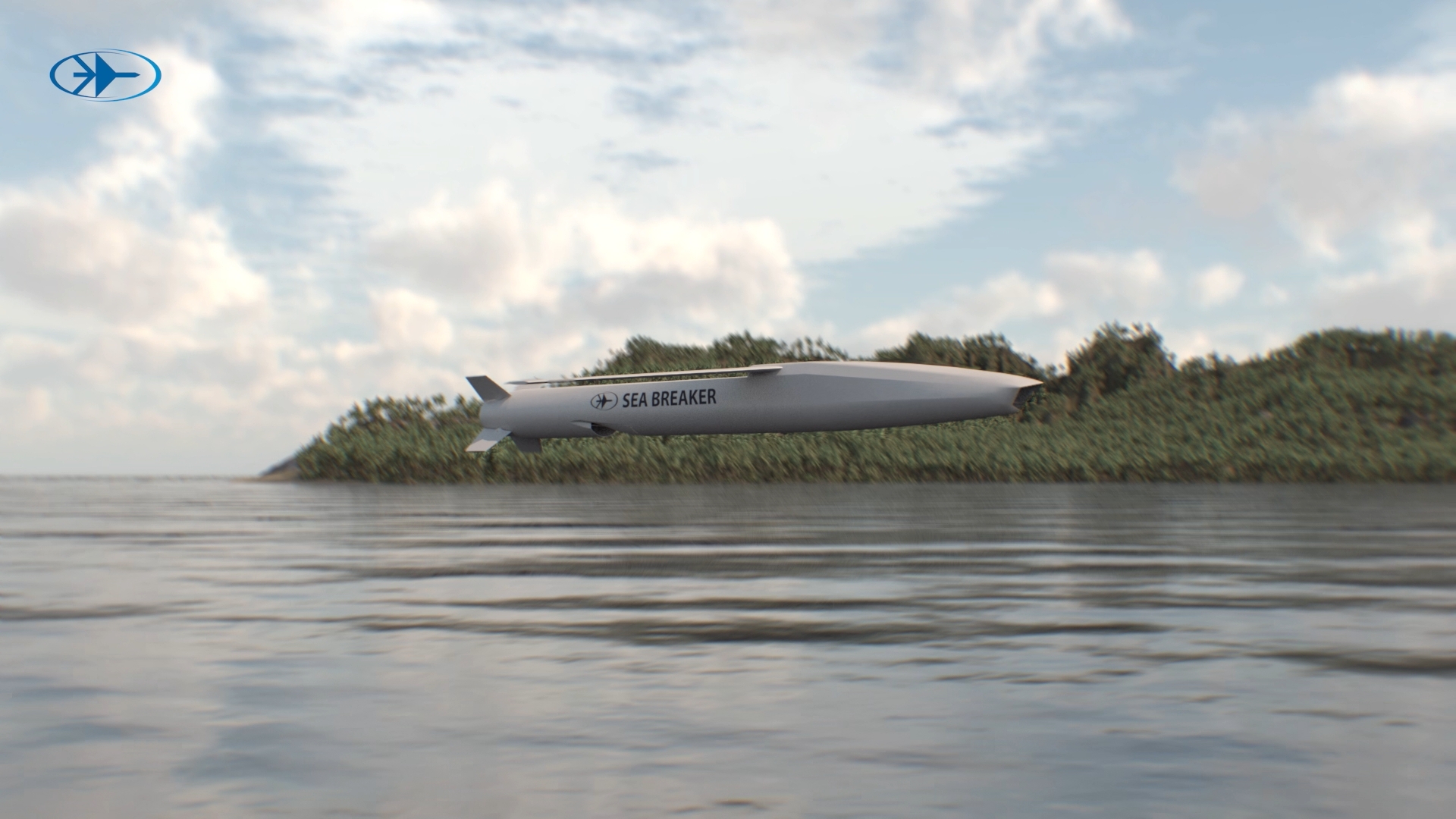 Able to operate in all weather conditions, the missile delivers a 250-pound warhead to targets with high levels of accuracy, meaning that a single hit can neutralize a frigate-sized ship. Credit: Rafael.

The mobile launcher means that it can be loaded onto a truck or an aircraft, and easily moved.

The Sea Breaker is less than four meters long, and weighs under 400 kilograms (882 pounds), allowing it to maneuver “sneakily,” according to the source.

If fired at a “crowded” area filled with military and civilian ships, the missile uses its algorithms to classify the targets as it approaches them. It also uses scene-matching technology to guide it to targets, based on the previous programming.

“It can be part of a coordinated barrage. The attacker can decide if he wants to hit an enemy [missile] launcher, a ship’s bridge, or deliver a warning,” said the source.

Rafael did not provide details on might purchase the missile. The company is believed to be in advanced negotiations with multiple international potential customers.