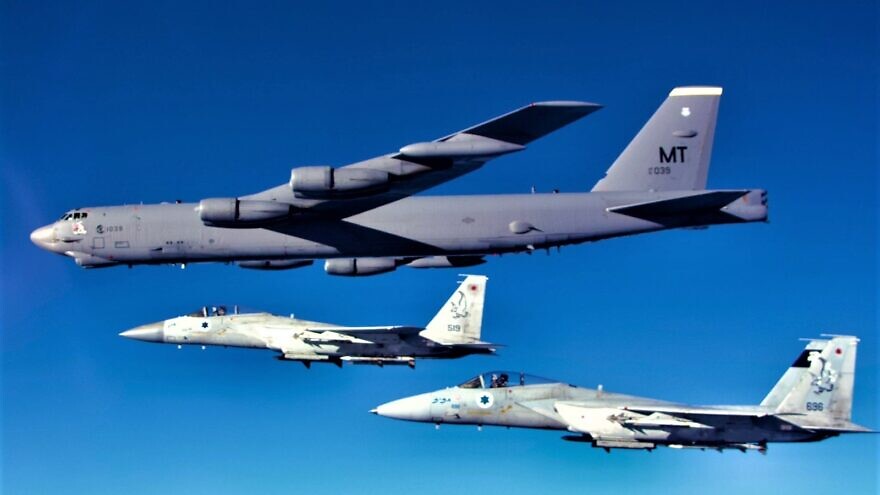 (February 15, 2022 / JNS) Israeli Air Force F-15 fighter jets escorted an American B-52 bomber through Israeli skies on its way from the Gulf region, the Israel Defense Forces said in a statement on Monday.

“The joint flight demonstrates the close cooperation between the Israel Defense Forces and the U.S. Air Force. This ongoing partnership is a pillar in maintaining the security of the skies of the State of Israel and stability in the Middle East,” according to the statement.

Israeli F-15s have been used to cooperate with the U.S. Air Force on multiple occasions in the past year.

Last March, Israeli F-15s also escorted an American B-52 bomber as it passed through Israeli airspace.

And in August last year, the IAF U.S. Air Force Central Command held the first of its kind Desert Eagle joint exercise at Uvda Air Base in southern Israel.

The exercise marked the first joint drill between the IAF and AFCENT, noted the IDF in a statement at the time, describing the cooperation as “historic” and “another example of the long-standing alliance and strategic cooperation between Israel and the United States.”