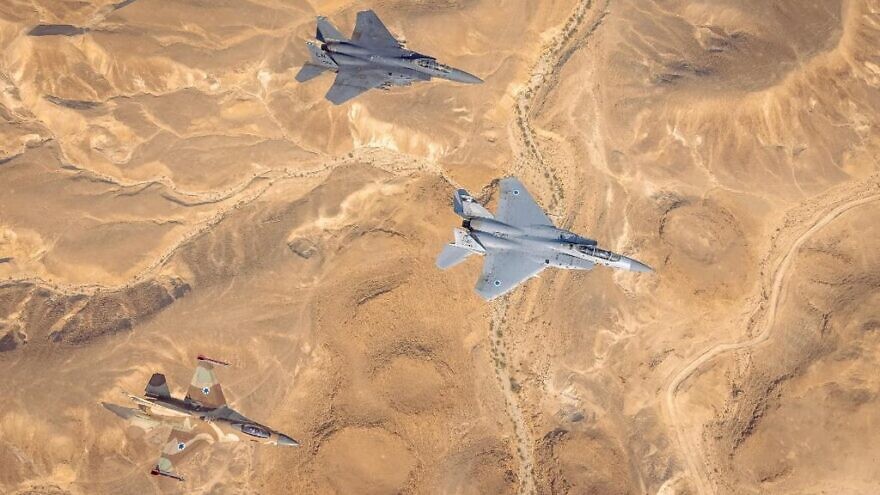 The exercise marked the first joint drill between the IAF and AFCENT, noted the IDF, describing the cooperation as “historic” and “another example of the long-standing alliance and strategic cooperation between Israel and the United States.”

During the drill, Israeli F-15 fighter jets from the 133rd Squadron flew alongside USAF F-15s from the 494th Expeditionary Fighter Squadron.

The IAF’s 115th Squadron of F-16 jets simulated enemy forces during the drill.

“The aircrews practiced various operational scenarios in the air, including joint exercises against ground, aerial and combined threats while striking designated targets,” said the IDF.

In June, IAF F-35 jets joined counterparts from the United States, Italy and Britain for a joint exercise in Italy.