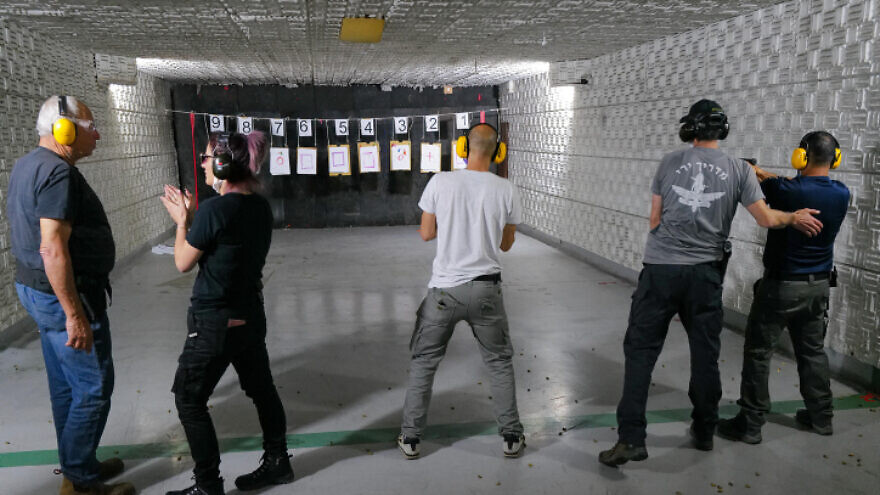 (April 5, 2022 / Israel Hayom) Amid a wave of deadly terrorist attacks across the country, the number of Israeli civilians applying for firearm permits reached an all-time high this week, according to sources in Israel’s Public Security Ministry.

Last week, the ministry’s Firearms Licensing Division saw a staggering 700% spike in applications in the span of 24 hours following the terrorist attack in Hadera—but that record, too was broken shortly afterwards, after police urged the public to volunteer for the Civil Guard.

The Guard, a subdivision of the Israel Police, currently has 23,787 volunteers, 734 of whom have joined over the past three months.

A spike in the number of Israelis seeking firearms permits is often seen in the wake of terrorist attacks, but March has set a record of 6,625 applications, ministry data shows.

Last May, at the height of “Operation Guardian of the Walls,” the Firearms Licensing Division received 6,525 applications.

“The increase in demand is unusual on a historic scale,” said a senior ministry official. Applicants include members of Israel’s ultra-Orthodox, Muslim and Arab sectors, he added.

Another ministry official said the number of gun permit applications indicates “an ongoing trend of an unprecedented scale.”

The Israel Police has urged civilians carrying weapons to act responsibly, as consequences for negligent use could be dire.

Police Operations Department Commander Sigal Bar-Zvi said that given the current security situation, Israeli Prime Minister Naftali Bennett’s call for all civilians to carry weapons if licensed to do so “can save lives.”

Unlike the United States, Israeli citizens do not possess a right to bear arms within the framework of its country’s basic laws. In fact, the Jewish state has some of the strictest gun-control laws in the world.

As of January, only 149,000 Israeli civilians were licensed to carry a firearm.

Moreover, unlike in the United States, where guns are readily available for purchase, even Israelis who have completed their military service cannot apply for a license before the age of 20. Those who did not serve in the IDF must wait until they’re 27 to seek a firearm license.

All applicants are required to meet a long list of criteria, and the type of firearm and number of bullets a license authorizes one to purchase is limited.

Each type of firearm requires a separate license, and assault rifles are off-limits—the most a civilian can apply for is a handgun license.