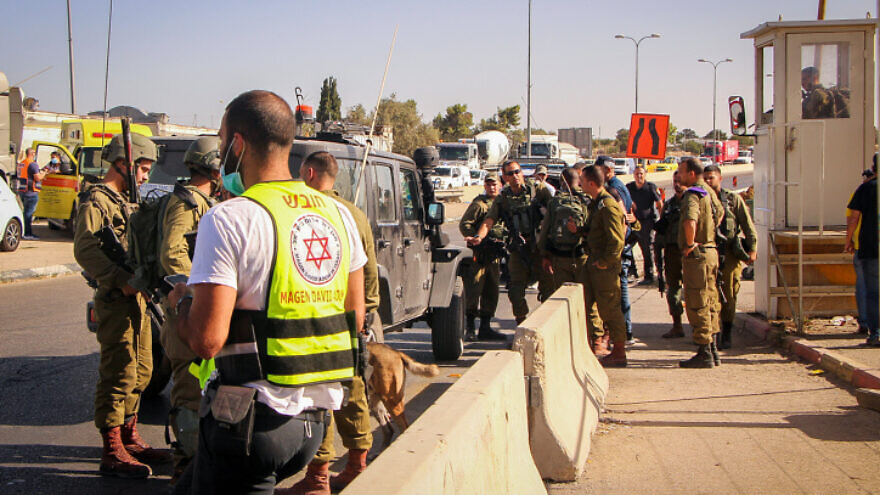 Israeli security forces near the scene of an attempted stabbing attack at the Gush Eztion Junction in Judea and Samaria on Sept. 13, 2021. Photo by Gershon Elinson/Flash90.
Spread the word.
Help JNS grow!
Share now:

The assailant, a Palestinian, approached a soldier guarding the site and attempted to stab him with a screwdriver, the IDF said in a statement. The soldier fought off the suspect, at which point another soldier on the scene opened fire, neutralizing him.

The assailant was evacuated to the hospital for further medical treatment, according to the statement.