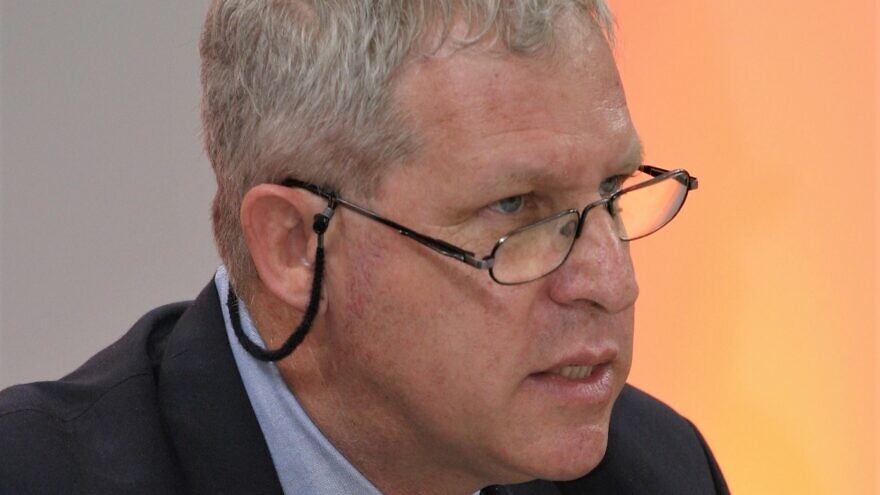 “They did not invest too much in choosing the targets,” said Eiland, noting that “those who prepared the map did not notice that it also marks Palestinian cities.”

Still, he added, “the ‘scary’ message has been passed; this is psychological warfare.”

Eiland said Iran had limited abilities in directly attacking Israel from its territory, but that the firepower capabilities of Lebanese proxy, Hezbollah, as well as its attempts to arm proxies in Syria and western Iraq, form the bulwark of an authentic and serious threat.

On Wednesday, the Tehran Times, which is linked to Iran’s foreign ministry, ran a front-page article with the headline “Just One Wrong Move!” An accompanying graphic featured the map with red dots.

“An intensification of Israeli military threats against Iran seems to suggest that the Zionist regime has forgotten that Iran is more than capable of hitting them from anywhere,” said the article. 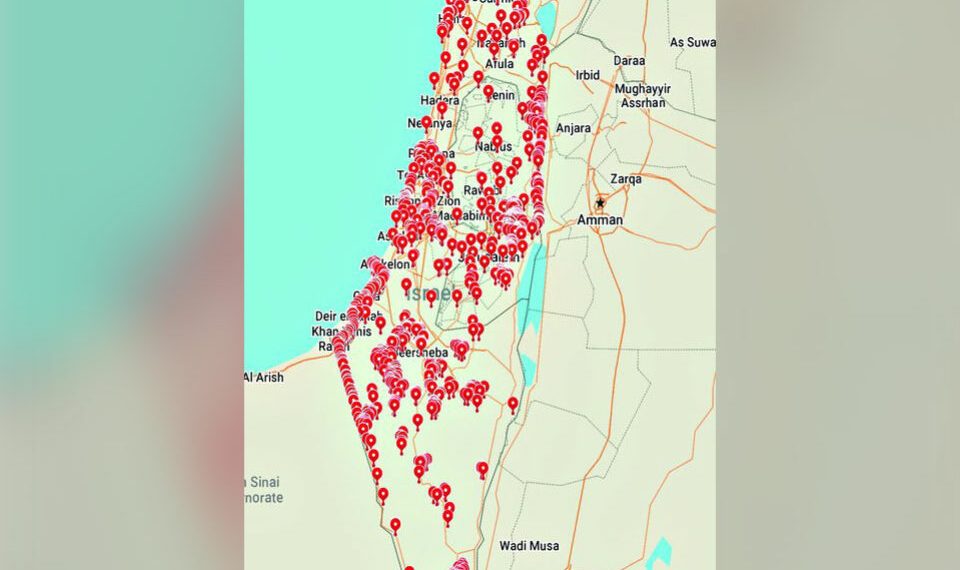 A map of Israeli targets published by “The Tehran Times” includes nearly every populated part of the country, December 2021. Source: www.mehrnews.com.
Republish this article in your newspaper or website