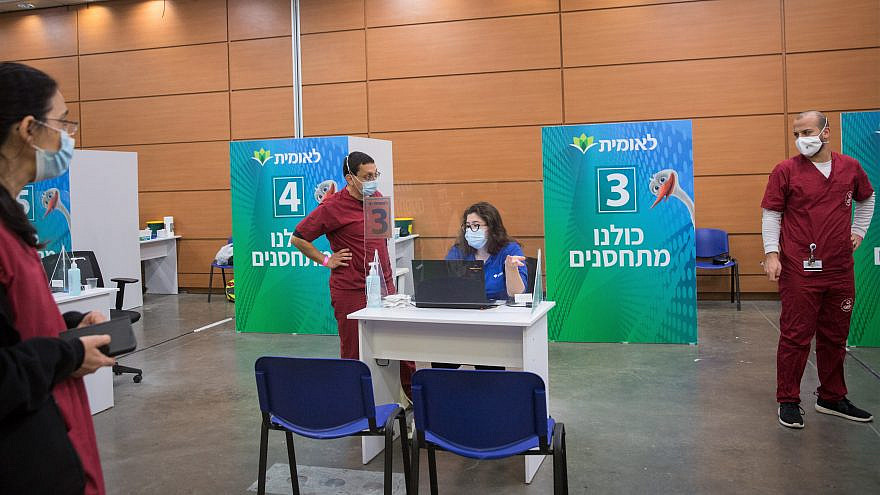 (May 4, 2021 / JNS) The Israeli Ministry of Health is stepping up preparations to begin vaccinating 12- to 15-year-olds against the coronavirus, N12 reported on Tuesday.

The preparations began after health authorities in Israel learned that the U.S. Food and Drug Administration will approve the Pfizer vaccine for children in that age group in the coming days, according to the report.

The Israeli Health Ministry has “no hesitations” about vaccinating the age group in question, the report added, citing a health official.

Meanwhile, the government approved new procedures on Friday that ban Israelis from visiting seven countries, except under unusual circumstances, due to their high rates of coronavirus infections and the presence of variants of concern. It listed those countries as Ukraine, Ethiopia, Brazil, South Africa, Mexico, India and Turkey.

The Health Ministry advised all citizens to avoid unnecessary trips overseas at this time.

The ban, which went into effect on Monday, will last until May 16, Walla reported on Friday. It comes as Israeli health authorities detected the Brazilian variant of the coronavirus in Israel for the first time on Monday.

One case of the Chilean variant of the virus was also detected in a vaccinated Israeli man returning from abroad. Additionally, 19 foreigners in the country have been diagnosed with the Indian variant, bringing the total known cases of this particular variant to 60.

The Health Ministry also announced that it will start sending emergency medical aid, including oxygen equipment, to India on Tuesday via a series of flights. The aid will also include respirators and medications as India exceeds 20 million cases of infection, only the second country in the world to surpass so high a number after the United States.