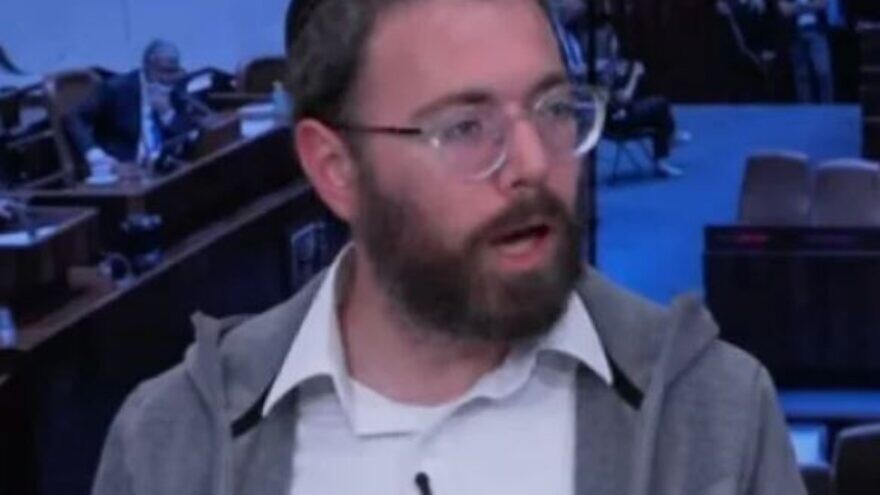 The far-left reporter, who is ultra-Orthodox, tweeted in September his admiration for a Palestinian accused of planning a major terrorist attack in Tel Aviv.

“See what a hero is: He traveled the whole way from Nablus to Tel Aviv, and despite all the Israelis around him playing a role in oppressing, crushing and killing his people—he still looked for legitimate targets and avoided harming innocents. In a healed world, he would get a medal,” Frey tweeted at the time.

In the aftermath of the October killing of 18-year old Israel Defense Forces Sgt. Noa Lazar, Frey tweeted that her blood was on the hands of the Israeli government, and reportedly said that the targeting by Palestinians of security forces did not constitute terrorism.

Police in Tel Aviv said that Frey was arrested after ignoring numerous summonses, and that he was being investigated for possible incitement to terrorism and violence.

Frey blamed his arrest on the incoming government, which had not yet been voted in when he professed his admiration for a Palestinian terrorist.

“The new leadership is here already, it is fascist and it wants us weak and afraid,” he said in a statement, adding, “When faced with a fascist leadership, there is only one path: raising our heads.”

Cassif, the lone Jewish lawmaker in the predominantly Arab Hadash-Ta’al party, asserted in October that Jews living in Judea and Samaria were liable for Palestinian attacks against them as they are not innocent civilians.

His comments came a day after Ronen Hanania, a victim of a terror attack outside Kiryat Arba, was laid to rest.

Meanwhile, the right-wing organization B’Tsalmo, which filed one of three complaints with police against Frey, welcomed the arrest of “the inciter” Frey and said in a statement that his “place is behind bars, not in any public position.”

Frey had worked for Democrat TV before being fired last month, which he claimed was due to his tweets in support of terrorism.

He was released from custody later Tuesday.