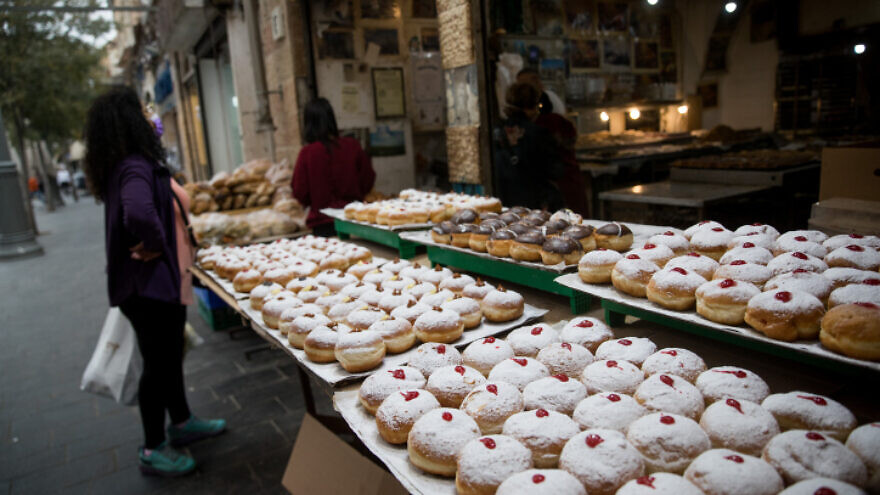 (December 21, 2022 / JNS) A man died on Wednesday from choking on a Hanukkah doughnut in the city of Bnei Brak, located on the outskirts of Tel Aviv.

It was the second fatality in Israel caused by the treat since the holiday began on Sunday night.

Magen David Adom paramedics called to the scene found a 67-year-old man unconscious and were unable to resuscitate him, according to a statement from the organization.

A 70-year-old man from Netanya died on Monday after choking on a Hanukkah doughnut, known in Hebrew as a sufganiyah.

Later on Monday, a 61-year-old man from Ofakim was hospitalized in serious condition following a similar incident. As of Wednesday afternoon, the man remained on a ventilator in the hospital.

Magen David Adom has warned that the doughnuts, which generally contain a thick jelly or custard filling, could pose a health hazard to children and the elderly.

The Festival of Lights ends on the evening of Dec. 26.