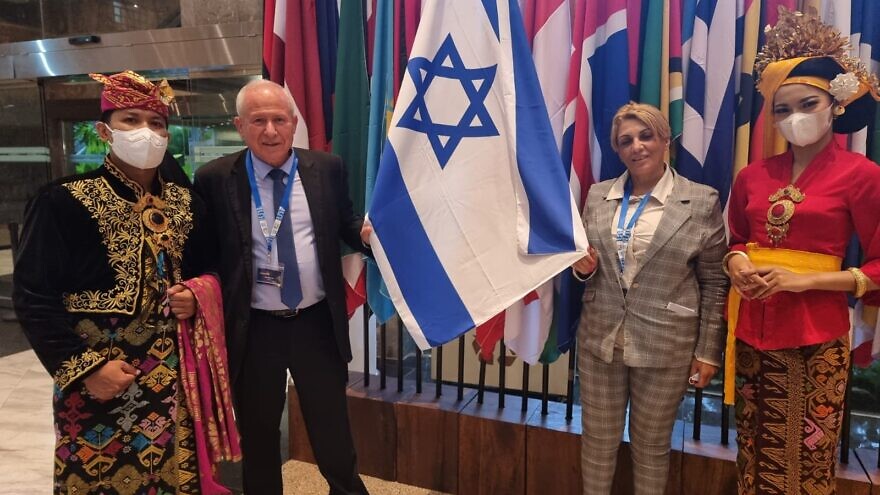 The study was conducted in collaboration with the Ruderman Family Foundation.

“This is extremely encouraging, given the size of Indonesia and its influence in Asia and beyond,” said IMPACT-se CEO Marcus Sheff. Indonesia is the world’s most populous Muslim-majority country.

“We believe that the balanced perspective on international relations already in the textbooks, which includes an impressive forbearance of its colonial occupiers, is a solid foundation to address the current, unsatisfactory narrative on Israel, and to advance ties between the two countries,” he added.

Jay Ruderman, a board member of IMPACT-se and president of the Ruderman Family Foundation, said, “Despite the report’s revelations when it comes to the Indonesian curriculum’s inclusion of Holocaust education only in Christian education and lack of factual information about Israeli history, the study provides a beacon of hope when it comes to the future possibility of relations between Indonesia and Israel.”

Among the report’s findings: Most references to Jews in Islamic Education textbooks are neutral or positive, jihadi terrorists are condemned, and textbooks praise local wisdom, celebrate cultural diversity and combat bias against religious, racial and ethnic minorities.

Although Israel is described as a “colonizing country,” the indigenous status of Jews in their homeland is acknowledged.

Textbooks offer a balanced perspective on international relations, including countries with which Indonesia has a sensitive relationship. Historical discussions on Japanese colonization in Indonesia reveal positive aspects of Japanese colonial rule, such as respect for Islam and its influence on the rise of Indonesian nationalism.

Similarly, criticism of the Dutch occupation also highlights admiration for the introduction of modern infrastructure.

The researchers looked at 169 textbooks taught in the Standard Public Track, schools run by the Indonesian Ministry of Education, which accounts for 85% percent of all students.