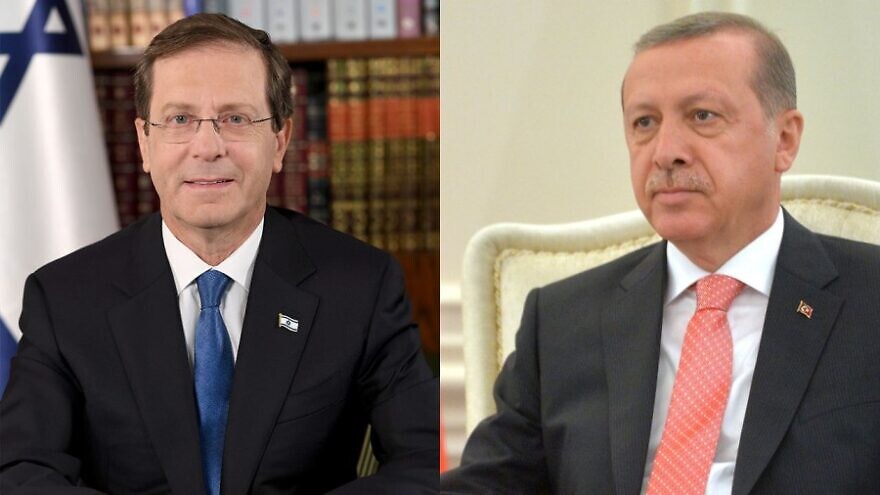 (March 6, 2022 / JNS) Israeli President Isaac Herzog will travel to Ankara and Istanbul on Wednesday for a two-day visit, at the invitation of President Recep Tayyip Erdoğan, Herzog’s office said.

The two leaders are expected to discuss various bilateral issues, including Israel-Turkey relations and the potential for expanding collaboration between their respective states and peoples in various fields, his office added.

The visit was coordinated with Prime Minister Naftali Bennett, Foreign Minister Yair Lapid and their offices.

Dialogue between the two leaders began after Erdoğan called Herzog to congratulate him on his election. That call led to a resumption of communication between Israel and Turkey after a disconnect lasting several years, according to the president’s office.

Herzog and his wife, Michal, will be greeted with a ceremony at the Presidential Complex. In addition to convening with Turkish government officials, the couple will meet with members of Turkey’s Jewish community.